In addition to the confirmation that Bulldozer is pushed back for "late summer" and the official introduction of the 9 Series chipset and Z-Series APU for tablets, AMD announced its newest APU based on the Bulldozer architecture, the AMD Trinity APU.

Featuring the x86 based Bulldozer cores paired up with a DirectX 11 capable GPU, the Trinity is made in 32nm and is currently scheduled for 2012. AMD didn't get into specifics regarding the specs or launch date but we are quite sure that it might "accidentaly" concur with the March/April 2012 Ivy Bridge release date.

Senior Vice President and General Manager of AMD's Products Group Rick Bergman showed it to the crowd during the announcement. 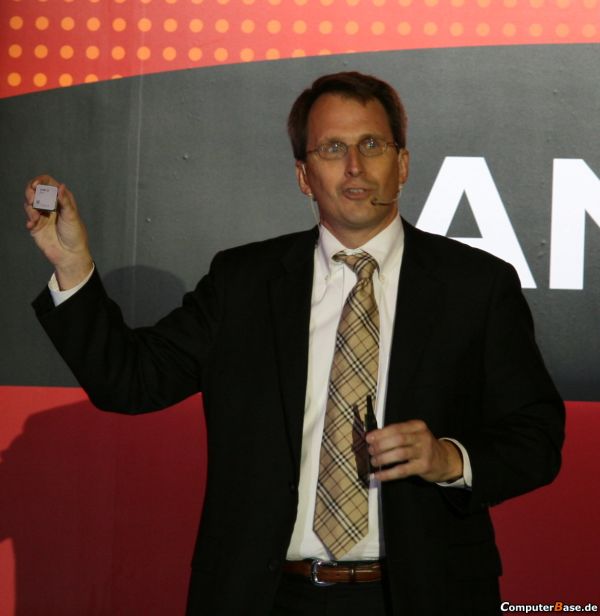 Last modified on 01 June 2011
Rate this item
(23 votes)
Tagged under
More in this category: « Bulldozer pushed back for late July AMD officially confirms Bulldozer delay »
back to top