AMD could get ten percent of server market 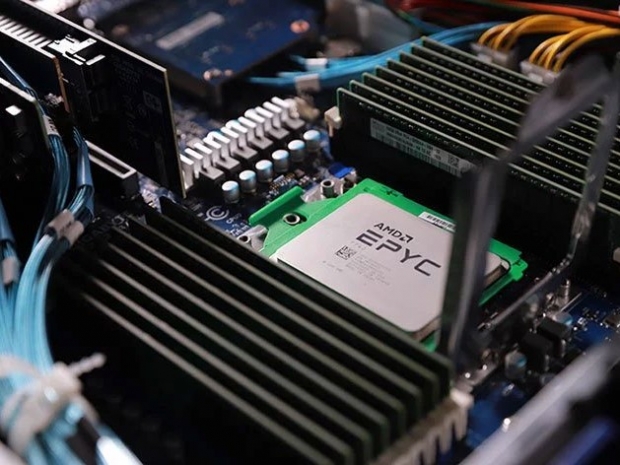 Word on the street is that AMD is likely to get a ten percent market share in server chips next year.

DigiTimes has added up some numbers and divided them by its shoe size and reached the conclusion that AMD has slowly been making inroads with its first generation Zen-based EPYC 7001 processors, and it is looking to further dig into Intel's lead with Zen 2-based EPYC 7002 processors.

Orders for EPYC 7002 processor have been so strong thus far that AMD could see a dramatic upswing in market share during 2020 as more vendors adopt the processors. If the report's numbers are correct, AMD could be looking at a 10 percent share of the server market by the end of 2020.

EPYC 7002 has proven itself to be a blockbuster chip for the company with respect to performance, efficiency, and value. AMD has scored some big design wins in recent months, showing increasing confidence in corporations to adopt its solutions over those from perennial frontrunner Intel.

Dell likes these Zen 2-based "Rome" processors, adopting them for a range of Dell EMC PowerEdge servers. Lenovo has installed it in its hinkSystem SR635 and SR655 single-socket server platforms.

Last modified on 27 September 2019
Rate this item
(4 votes)
Tagged under
More in this category: « Wi-Fi gets its AX OpenRAN tested in UK »
back to top