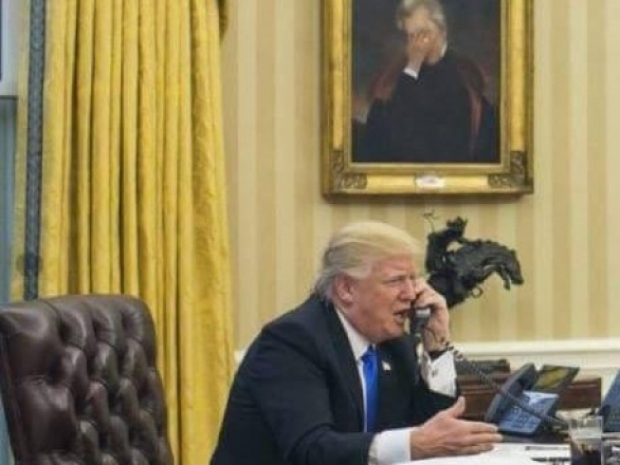 European governments appear to be ignoring US president Donald (Prince of Orange) Trump’s persecution of Huawei.

For those who came in late, the Trump administration started a campaign to threaten European allies to bar China’s Huawei from their telecom networks. Trump warned the Europeans that if they didn’t do as they were told America would fail to supply them with intelligence data.

So far, not a single European country has banned Huawei.

“There are two things I don’t believe in”, German Chancellor Angela Merkel said at a conference Tuesday in Berlin. “First, to discuss these very sensitive security questions publicly, and second, to exclude a company simply because it’s from a certain country.’’

The back story is that Donald Trump is engaged in a trade war with China -which he desperately needs to win it is going to have any shred of credibility.

Unfortunately, Huawei makes cheap 5G technology which most European countries are keen to get their paws on. There are concerns about growing Chinese influence, but really Europe sees no benefits from following Trump’s actions.

With no ban in the works, Huawei is in the running for contracts to build 5G phone networks, the ultra-fast wireless technology Europe’s leaders hope will fuel the growth of a data-based economy.

The UK’s spy chief has indicated that a ban on Huawei is unlikely, citing a lack of viable alternatives to upgrade British telecom networks. Italy’s government has dismissed the US warnings as it seeks to boost trade with China. In Germany, which is selling 5G airwaves in an auction expected to raise as much as 5 billion euro ($5.7 billion), authorities have proposed tighter security rules for data networks rather than outlawing Huawei. France is doing the same after initially flirting with the idea of restrictions on the company.

It is pretty clear that the EU governments listened to their own phone companies rather than reading Trump’s tweets. Vodafone, Deutsche and Orange warned that sidelining Huawei would delay the implementation of 5G by years and add billions of euro in costs.

They also made it clear that their finest technical minds could find no evidence of Chinese backdoors into the network. Of course, if Trump wanted the EU to act quickly he could have provided some evidence for his spying claims. However, other threats, no evidence was forthcoming.

The US dispatched representatives to MWC Barcelona, the industry’s top annual trade show, to urge executives and politicians to avoid Huawei and its Chinese peers. And this month, the US ambassador in Berlin wrote a letter to the German government saying it should drop Huawei or risk throttling US intelligence sharing.

However, some European lawmakers have been wary of Cisco, Huawei’s American rival, since Edward Snowden leaked documents revealing the National Security Agency’s use of US-made telecom equipment for spying.

Last modified on 20 March 2019
Rate this item
(0 votes)
Tagged under
More in this category: « Huawei mocks US security stance European Commission will ignore Huawei ban »
back to top