Marvell has shed some light on its new Avastar 88W8897 802.11ac low power WiFi chip. In addition to up to 867Mbps of WiFi transfer throughput, the new chip also integrates Bluetooth 4.0, near field communications (NFC) as well as Wi-Fi certified Miracast and integrated location engine. Aimed at notebooks, ultrabooks, tablets, gaming consoles and smart TVs, the new Avastar 88W8897 is expected to show up in various devices around this time next year.

The implementation of 802.11ac standard and Bluetooth 4.0 in the same chip is not something that we have not seen so far, but with NFC, it is certainly becomes a quite interesting chip. As noted, the new Avastar 88W8897 will feature 867Mbps of transfer throughput which is not as fast as we are other chip manufacturers but still faster than 802.11n. Marvell reckons that 802.11ac is still young but should become a big thing as of next year.

Marvell also claims that the Avastar 88W8897 SoC offers the highest level of integration available enabling a rest of bill of materials footprint reduction of 40 to 50 percent and cost reduction of 75 percent when combined to previous wireless solutions. The Wi-Fi certified Miracast, expected to be certified later this year, 802.11ac transfer speeds and Marvell's dynamic rapid channel switching (DRCS) technology will allow users to stream video from a smaller device like tablet to a larger display while simultaneously surfing the net without losing the connection in 2.4GHz. The last, but not least, is the integrated location engine that enables accurate indoor positioning by implementing 802.11v time of flight protocol inside the hardware.

In any case, it sounds like a "well integrated" SoC and although it will not reach transfer speeds that we are seeing from other chips, it certainly has an interesting set of features. 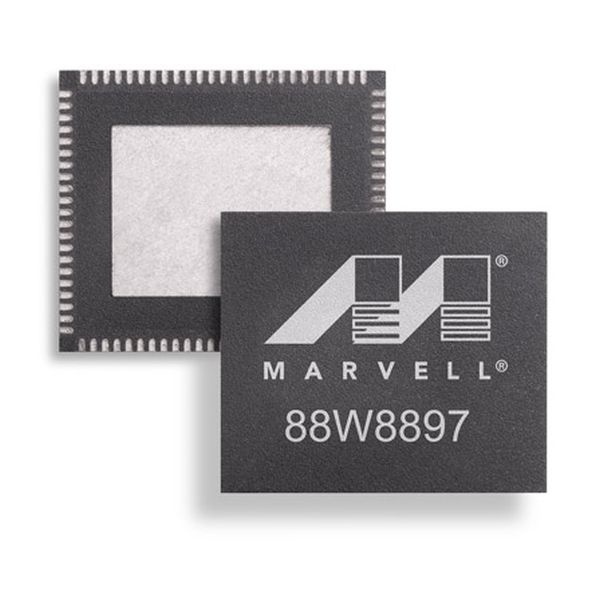 Last modified on 05 June 2012
Rate this item
(0 votes)
Tagged under
More in this category: « Netgear officially launches its 802.11ac products WD sneaks into networking market »
back to top