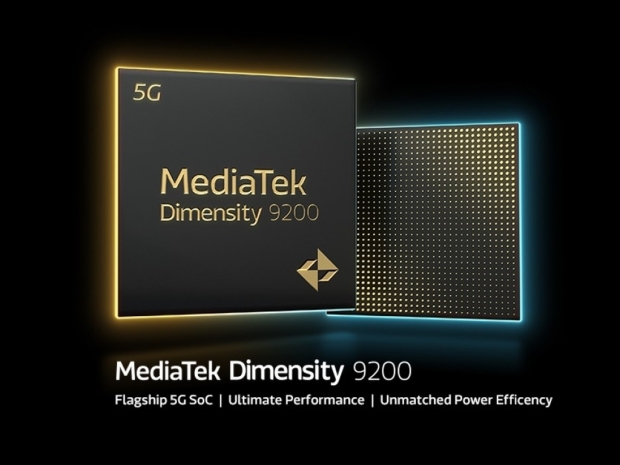 MediaTek has unveiled its latest flagship smartphone SoC, the Dimensity 9200. Built on TSMC 4nm (N4P) manufacturing process, this is also the first SoC to feature the ARM Cortex-X3 core based on ARMv9 architecture, as well as the new Immortalis-G715 GPU with hardware-based ray tracing.

As said, the chip is built on TSMC's 2nd generation 4nm manufacturing process.

The chip also comes with 8MB of L3 cache, 6MB of system cache, and Mediatek was quite keen to note that this is the first 64-bit-only smartphone SoC. It also brings support for LPDDR5x 8,533Mbps RAM and support for UFS 4.0 storage.

The big part of the Dimensity 9200 is the new ARM Mali-G715 Immortalis MC11 GPU, one that packs quite a bit more cores (10+), a new Execution Engine, as well as brings hardware support for ray tracing, and Variable Rate Shading (VRS) support. Back when it was detailed, the Immortalis Mali-G715 GPU promised impressive performance improvements of up to 32 percent and up to 41 percent reduction in power at the same performance. Mediatek also included its new HyperEngine 6.0 Gaming Technology. 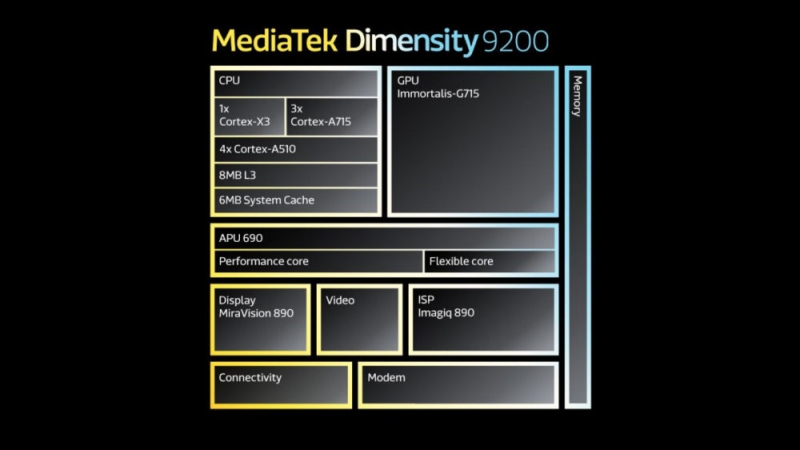 Improvements in AI, ISP, and the latest connectivity

In addition to new CPU and GPU cores, the Dimensity 9200 packs the new APU 690, a sixth-generation AI Processing Unit, promising up to 35 percent improvements in performance, measured in the ETHZ5.0 benchmark.

The Imagiq 890 ISP also comes with native support for RGBW sensors, and its dual-stream AI shutter technology, which should significantly reduce blur. There is also a 12.5 percent power savings when recording 8K 30fps videos with electronic stabilization.

When it comes to connectivity, the Dimensity 9200 will be the first Wi-Fi 7-ready platform, supporting up to 6.5Gbps data rates, as well as comes with 5G modem supporting both sub-6GHz and mmWave.

Coming to phones by the end of this year

Mediatek says that the first Dimensity 9200-powered smartphones will be available by the end of 2022, but unfortunately, we did not get a specific date or smartphone makers that will be the first to the market.