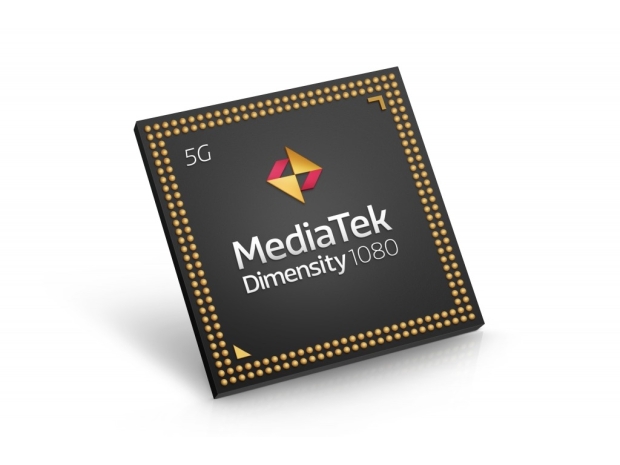 MediaTek has announced its new Dimenstiy 1080 chipset, a mid-tier SoC that brings clock and camera improvements compared to the Dimensity 920 SoC.

While still being an octa-core CPU core SoC made on 6nm manufacturing process, the Dimensity 1080 two Cortex-A78 CPU cores are now working at 2.6GHz and it still packs the same ARM Mali-G68 GPU.

The biggest update is the new, or rather updated, Imagiq ISP which now supports sensors of up to 200-megapixels.

As far as we can see, the rest of the specifications are pretty much the same as on the Dimensity 920, including the HyperEngine 3.0, the same connectivity options, and the same APU.

“Continuing MediaTek’s legacy of optimizing power and performance, the Dimensity 1080 offers a full suite of advanced features that challenge expectations about what a 5G smartphone can do,” CH Chen, Deputy General Manager of Wireless Communications Business Unit at MediaTek. “This new chipset is designed to further enhance many of the functions that made its predecessor great, including processing power, camera and video quality, and time to market for manufacturers.”

Last modified on 11 October 2022
Rate this item
(0 votes)
Tagged under
More in this category: « iPhone 14 bug list keeps increasing Motorola Razr 2022 might end up quite expensive in Europe »
back to top