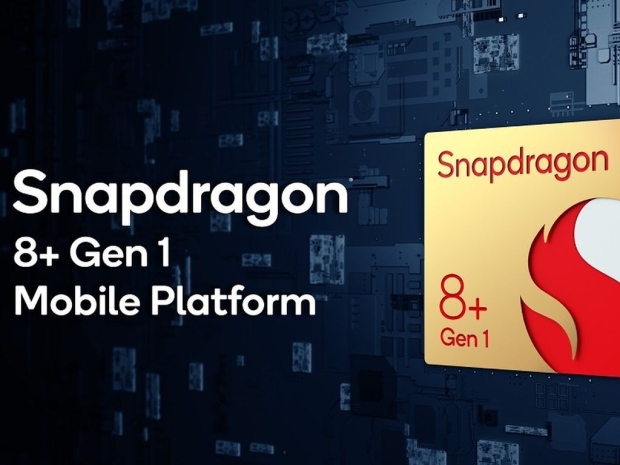 Qualcomm ended the last week with a big announcement of its Snapdragon 8+ Gen 1 SoC, bringing big efficiency improvements to phones in Q3.

The updated flagship SoC from Qualcomm will be, according to Qualcomm, up to 10 percent faster, which is not a major improvement, but at the same time, it will bring a 30 percent improvement in power efficiency, which is something that we are definitely looking forward to.

“In the mobile segment, our primary focus is to deliver new, groundbreaking features and technologies to the industry, and for our customers’ flagship devices. We implement these features first in our Snapdragon 8-series and then waterfall them down our mobile roadmap,” said Christopher Patrick, senior vice president and general manager, mobile handsets, Qualcomm Technologies, Inc. “The new Snapdragon 8+ and 7 Gen 1 both deliver breakthrough user experiences in their respective tiers.”

The high-performance Cortex-X2 core is now clocked at up to 3.2GHz, while performance cores now go to 2.75GHz and efficiency cores go up to 2.0GHz. This is a decent boost in clocks across the board, with the Snapdragon 8 Gen 1 working at 3.0GHz, 2.5GHz, and 1.8GHz, respectively. 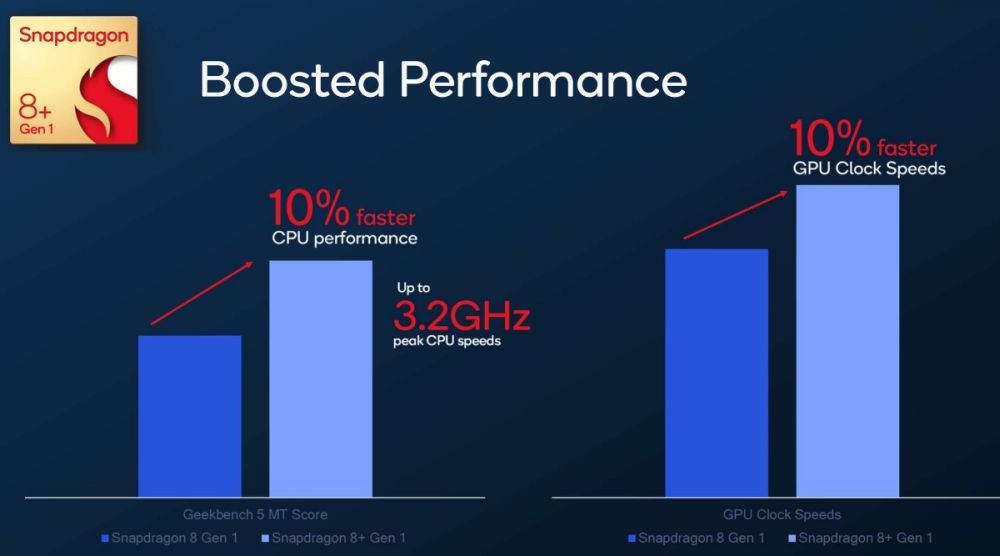 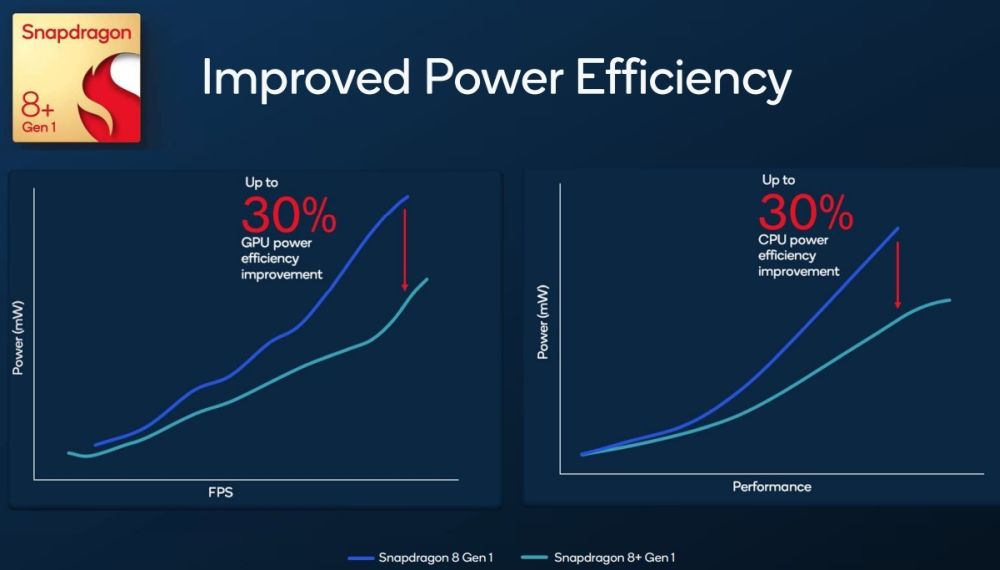 The GPU part also got a minor boost, at up to 10 percent in GPU clock and the same 30 percent better power usage. Qualcomm also updated the AI engine, giving it a 20 percent better performance per Watt, and there are some efficiency improvements on the modem side as well.

According to Qualcomm, the overall efficiency has been improved by up to 15 percent.

The chip is still made on a 4nm manufacturing process, but Qualcomm is switching from Samsung to TSMC.

The rest of the hardware is pretty much the same as on the original Snapdragon 8 Gen 1, so you are looking at support for up to 16GB of LPDR5 RAM, UFS 3.1 storage, support for up to QHD+ resolution screens at 144Hz, or UHD/4K at 60Hz, and more. It gets the same triple 18-bit Spectra ISP, and the Snapdragon X65 5G modem gets you 10Gbps transfers speeds, while FastConnect 6900 brings Wi-Fi 6/6E support. 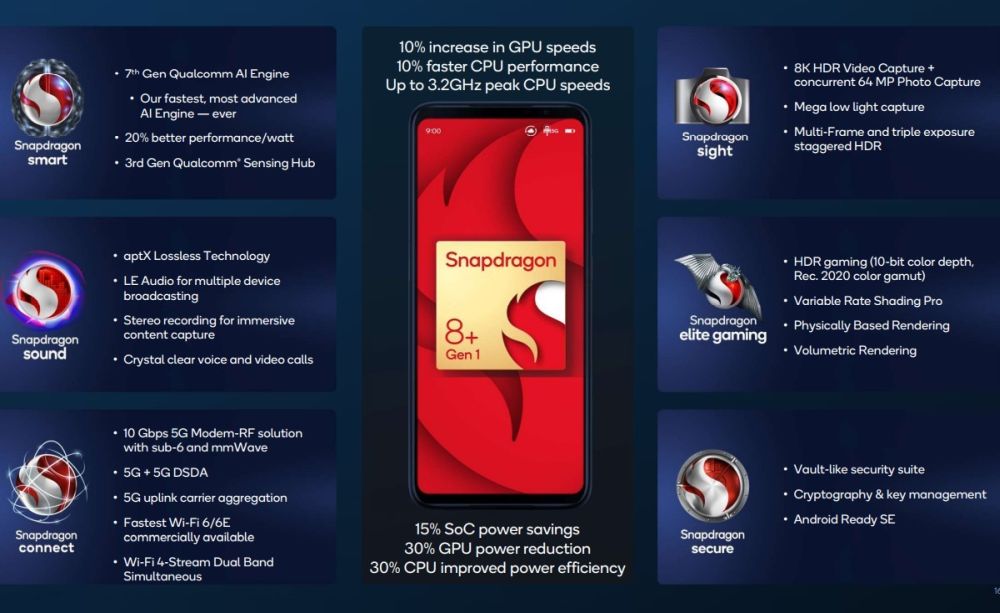 The first phones with Snapdragon 8+ Gen 1 will be coming in Q3 2022, and most of the makers are on the list, including Asus ROG, Black Shark, HONOR, iQOO, Lenovo, Motorola, Nubia, OnePlus, Oppo, OSOM, realme, Red Magic, Redmi, vivo, Xiaomi, and ZTE.