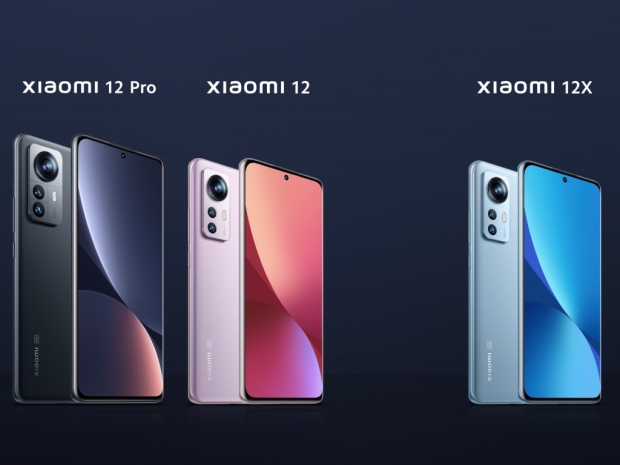 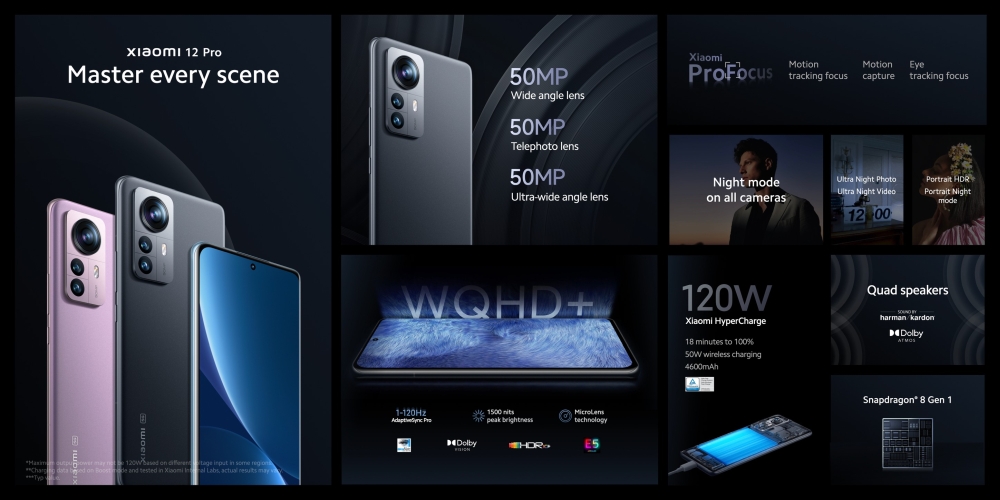 The standard Xiaomi 12 and Xiaomi 12X come with a smaller 6.28-inch AMOLED screen, which was somewhat a surprise but will appeal to certain buyers. 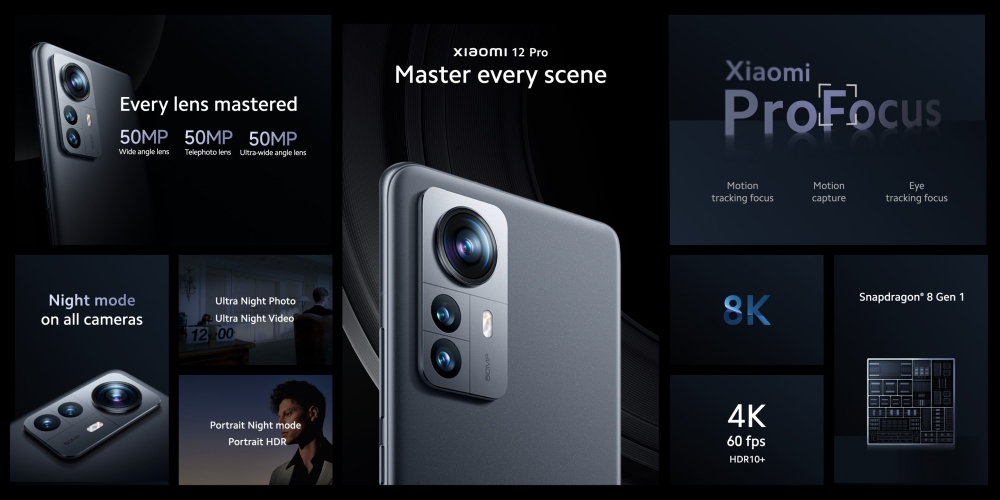 The Xiaomi 12X has the same triple rear camera system as the Xiaomi 12. 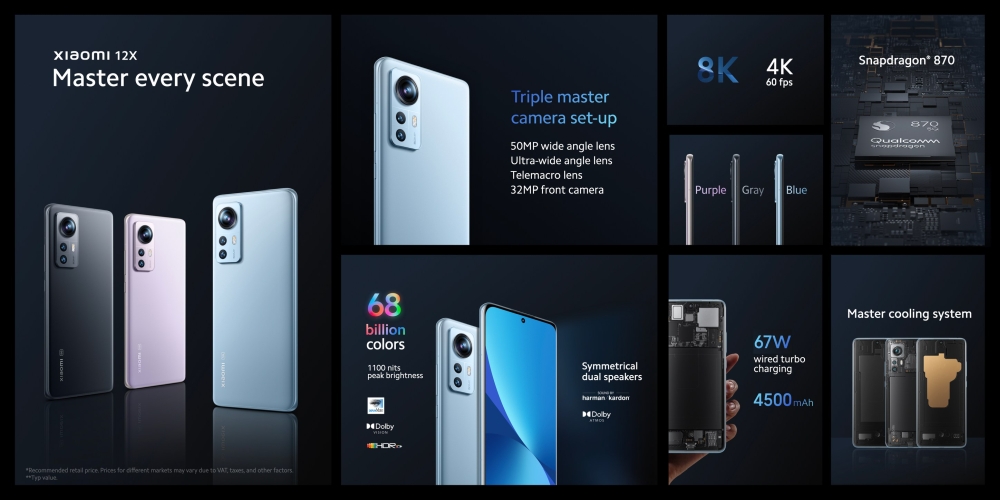 All three phones will be available in Gray, Purple, and Blue color options, and come from usual channel and carrier partners. The new phones were launched together with the Xiaomi Watch S1 and S1 Active, and the Xiaomi Buds 3T Pro. Unfortunately, there was no word on the rumored Xiaomi 12 Ultra.

Rate this item
(0 votes)
Tagged under
More in this category: « Apple brings the new iPhone SE with A15 chipset Apple employee alleged to have stolen $10 million from company »
back to top