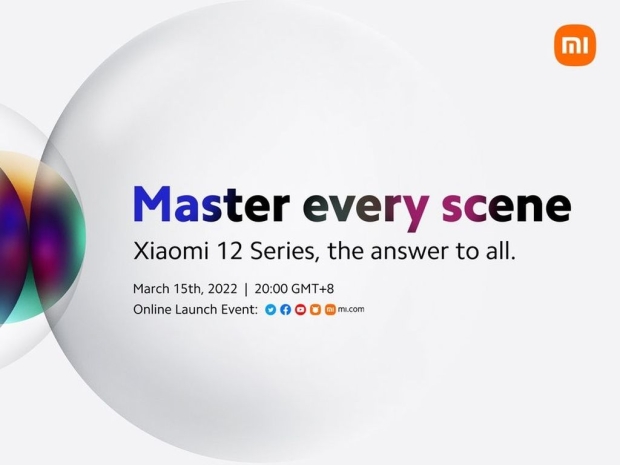 Xiaomi has officially confirmed the global launch of its Xiaomi 12 series smartphones for March 15th. The event will be livestreamed, and we expect the full lineup, including Xiaomi 12, Xiaomi 12X, and the Xiaomi 12 Pro.

The only model missing from the lineup is the rumored Xiaomi 12 Ultra, as it could be reserved for a dedicated event. Xiaomi could also unveil some new wearables, including the earlier leaked Watch S1 Active and the Smart Band 7, which has a wider/always-on display, and more.

The Xiaomi March 15th event will kick off at 12PM UTC, and stream over at usual services, as well as the Xiaomi website.

Rate this item
(0 votes)
Tagged under
More in this category: « Samsung throttle’s Android apps Apple brings the new iPhone SE with A15 chipset »
back to top