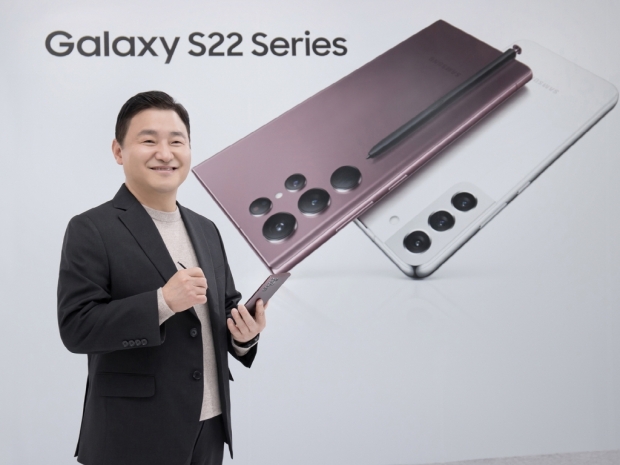 In addition to new Galaxy Tab S8 tablets, as well as the Galaxy S22 and the Galaxy S22+ smartphones, Samsung has unveiled its newest flagship Galaxy S22 Ultra at the Galaxy Unpacked February 2022 event, the one that is a direct successor of the Galaxy Note series.

As Samsung has killed the Galaxy Note series, it had to do something with its S Pen, and the result is the Galaxy S22 Ultra flagship.

Premium but similar design for the flagship smartphone

With the design that looks quite similar to the Galaxy Note 20 Ultra, it is all about what Samsung thinks that the flagship smartphone should look in 2022.

Setting the standard for the entire Galaxy S22 series, which is a good thing in our book, the Galaxy S22 Ultra has an aluminum frame with Corning's Gorilla Glass Victus+ protecting both the glass at the front and the glass at the back. The phone has a flat top and bottom and a monolithic design, at least in a black color option, and the camera configuration at the back is similar to the S21 Ultra, just without the raised part. 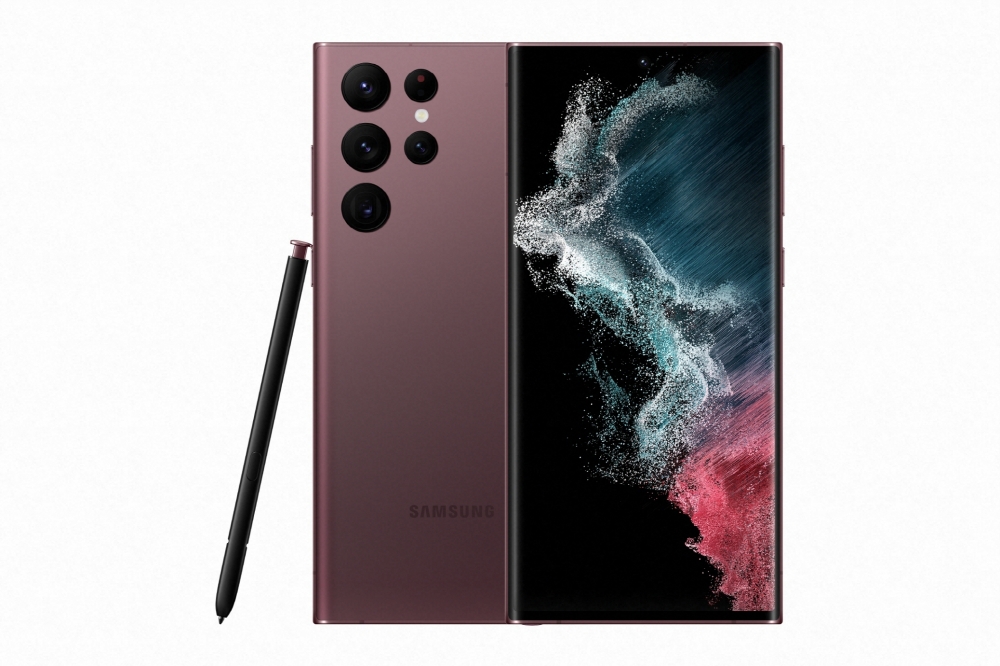 The Galaxy S22 Ultra is built around a 6.8-inch Dynamic AMOLED 2X with 1,750nits of peak brightness and 120Hz refresh rate. Unlike the rest of the Galaxy S22 series, the screen has a higher 3080x1440 resolution, leaving it with 500ppi of pixel density, and the dynamic refresh rate goes from 1Hz to 120Hz. It also has a 240Hz sampling rate, and 100 percent DCI-P3 coverage. 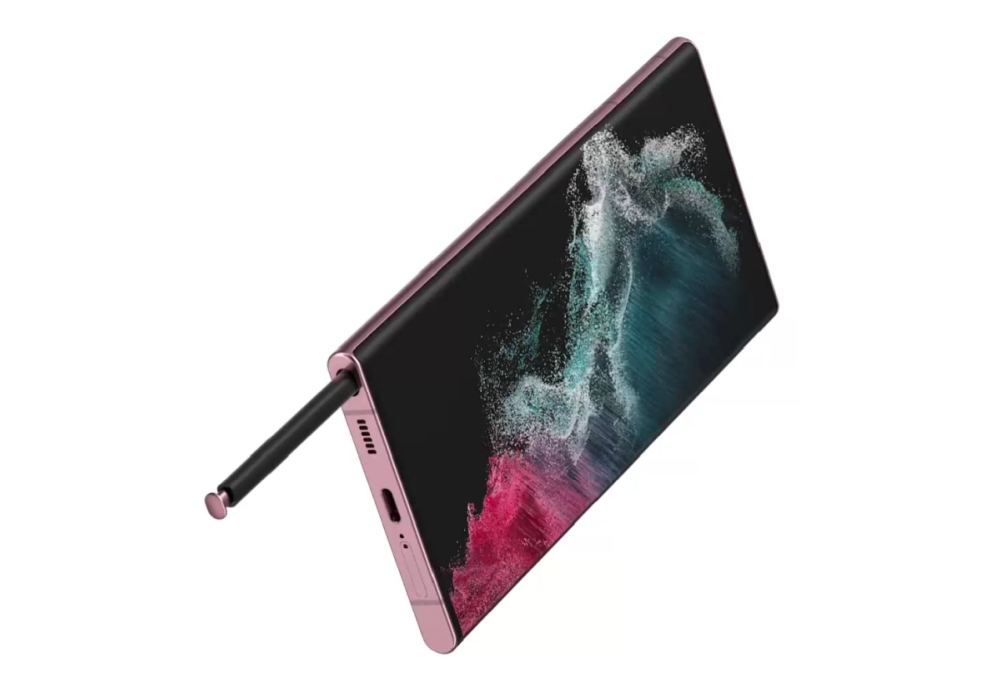 As expected, the heart of the Galaxy S22 Ultra is powered by the same chip as the rest of the Galaxy S22 series lineup, and we are looking at either the 4nm Exynos 2200 from Samsung, or the 4nm Qualcomm Snapdragon 8 Gen 1 SoC, depending on the region. The Snapdragon should be available in the US, China, India, and maybe some other regions, while the Exynos 2200 is listed as an "international" version.

Samsung also briefly talked about the new NPU, which should bring some better AI-enhancements, which should be 2x faster than the one in the Galaxy S21 series.

During the presentation, Samsung was keen to talk about the whole new vapor chamber cooling system, which should keep up with the heat. 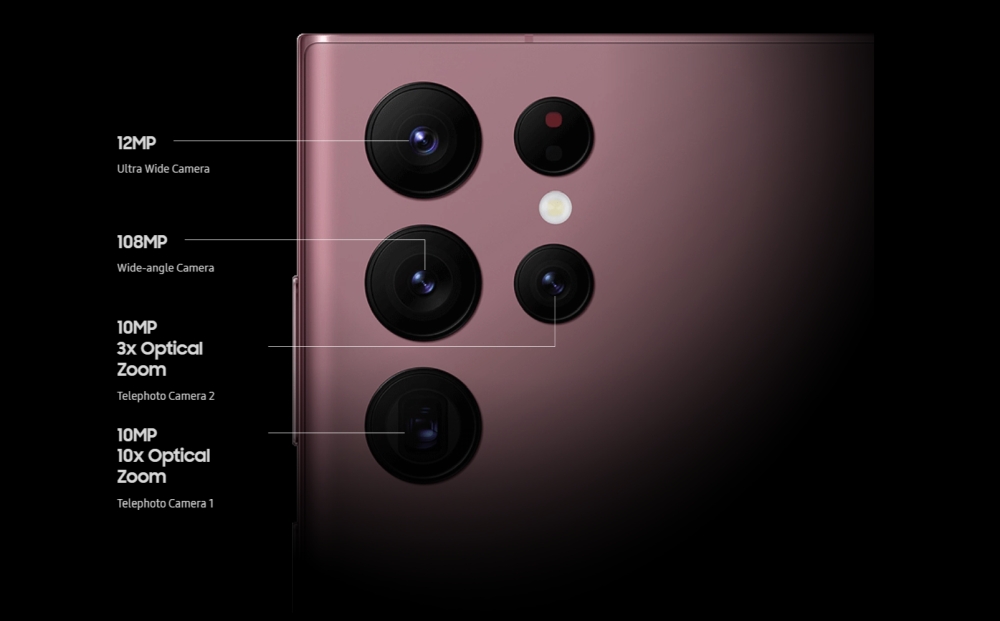 As noted, the front camera is still a 40-megapixel 1/2.82", 0.7µm sensor, behind an f/2.2 26mm (wide) lens, but Samsung has updated it with new AI enhancements from the updated NPU, which should give it some new features, and improve both video and photo quality, especially in low light.

Some of the new features include Auto Framing, which crops, zooms in or out when more people is in the shot, as well as the new portrait mode with new night mode,

The new One UI 4.1, a beefy battery, and more features

Samsung equipped the Galaxy S22 Ultra with a beefy 5,000mAh battery, and it comes with support for 45W wired, and 15W wireless charging.

It also got the same underdisplay ultrasonic fingerprint and other usual sensors, support for Samsung DeX and Dex Wireless, Bixby, Samsung Pay, and all the connectivity options, including USB Type-C 3.2 port, WiFi 6E, Bluetooth 5.2, NFC, and more.

The pre-orders for the Galaxy S22 Ultra are available as of today with the price starting at $1,199.99/€1249. It will be available in Phantom Black, Phantom White, Green, and Burgundy standard color options and Graphite, Red and Sky Blue color options exclusively available from Samsung.com. 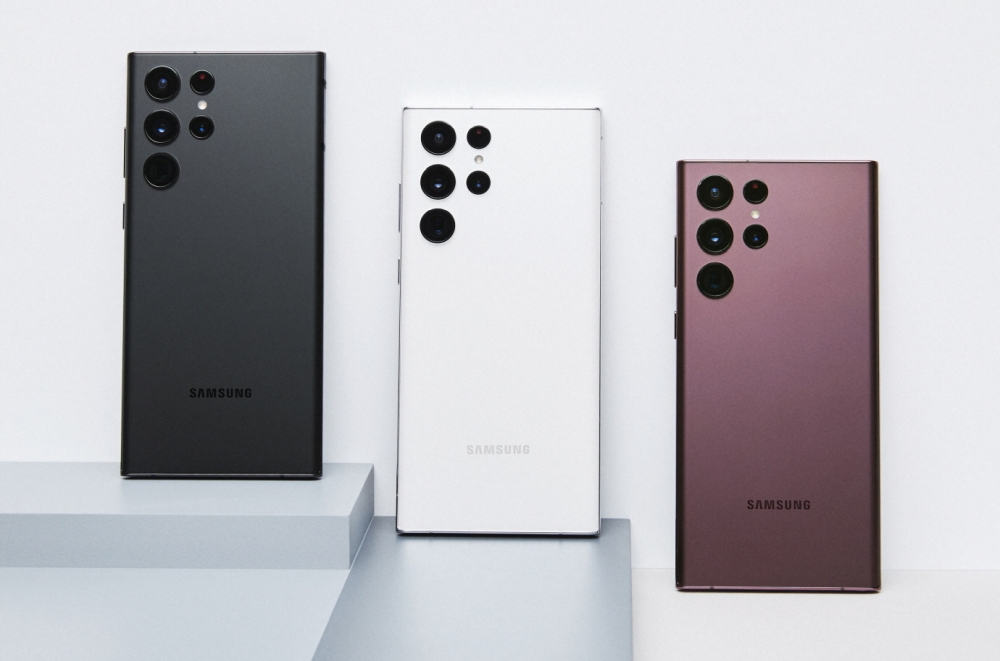 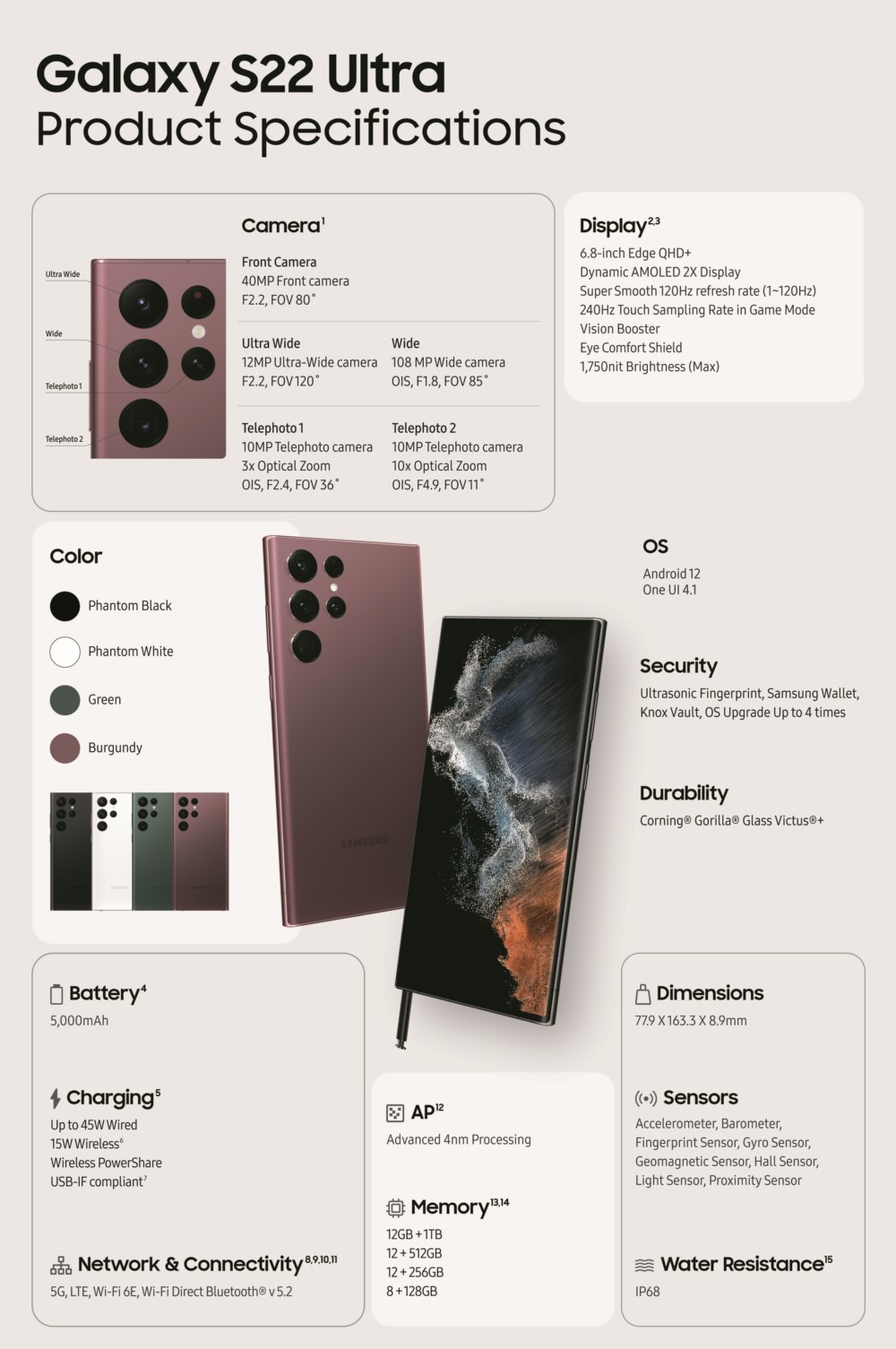