Oppo's foldable Find N to be announced on December 15 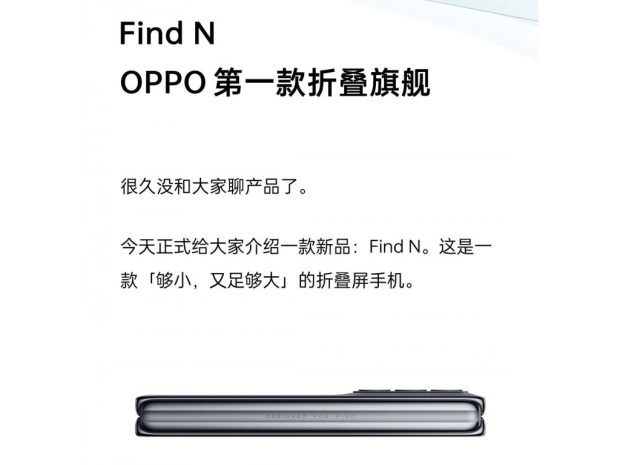 A first foldable from Oppo

Oppo has teased the company's first foldable phone and while we only have a profile to look at, it appears that it could be announced on December 15th.

With a "small enough, big enough folding screen phone" tagline on the teaser, the Oppo Find N is pretty much confirmed as the company's first foldable smartphone.

Oppo has been developing a foldable phone for quite some time now and it does not come as a surprise that it is now teased on Weibo.

Oppo has recently also teased a retractable smartphone camera so there must be quite a few concepts at that same event, but the Find N will surely be the star of the show.