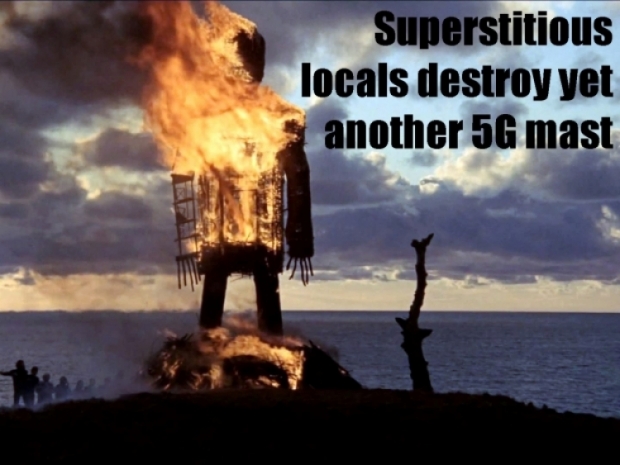 Not how it is supposed to work

5G phones connected to AT&T got slower speeds than 4G phones in 21 out of 22 cities.

According to PCMag's annual mobile-network testing, released today, the publication concluded that "AT&T 5G right now appears to be essentially worthless", though AT&T's average download speed of 103.1Mbps was nearly as good as Verizon's thanks to a strong 4G performance.

AT&T 5G should be faster than 4G in the long run—this isn't another case of AT&T misleadingly labeling its 4G network as a type of 5G. Instead, the disappointing result on PCMag's test has to do with how today's 5G phones work and with how AT&T allocates spectrum.

The counterintuitive result doesn't reveal much about the actual differences between 4G and 5G technology. Instead, it's reflective of how AT&T has used its spectrum to deploy 5G so far. As PCMag explained: "AT&T's 5G slices off a narrow bit of the old 850MHz cellular band and assigns it to 5G, to give phones a valid 5G icon without increasing performance. And because of the way current 5G phones work, it often reduces performance."

AT&T's 4G network benefits from the aggregation of channels from different frequencies. "The most recent phones are able to assemble up to seven of them—that's called seven-carrier aggregation, and it's why AT&T won [the PCMag tests] last year", the article said.

5G phones can't handle that yet, PCMag analyst Sascha Segan wrote: "But 5G phones can't add as many 4G channels to a 5G channel. So if they're in 5G mode, they're giving up 4G channels so they can use that extremely narrow, often 5MHz 5G channel, and the result is slower performance: faux G. For AT&T, using a 5G phone in testing was often a step backward from our 4G-only phone."

More specifically, "at locations with both 4G and 5G, our 5G phone was slower than our 4G phone in 21 out of 22 cities", the article said. While AT&T 5G phones often accessed just 5MHz of spectrum, Segan wrote that his analysis shows it "takes at least 50MHz of dedicated 5G spectrum to make a real difference".