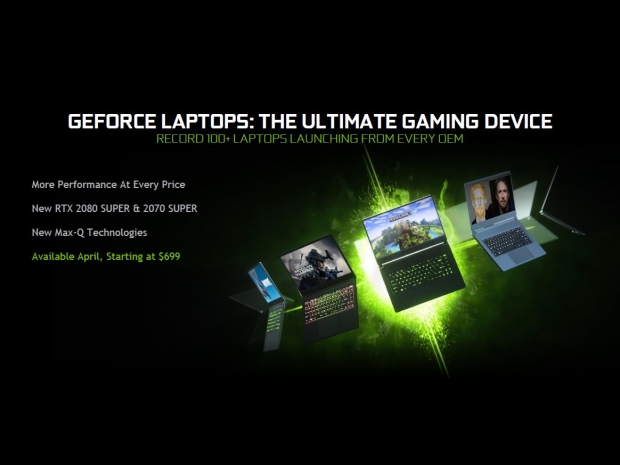 Early April is clearly the time for notebook expansion, and Nvidia is no exception. The company has just announced that Top OEMs launch 100+ laptop designs with GeForce GPUs.

In addition to this lovely round number, OEMs did a record launch includeing new SUPER GPUs and Max-Q Technologies and Geforce RTX Laptops starting at $999.

There is still a significant market that wants a dedicated GPU and Nvidia is enabling these designs in every market segment. Serious gamers on the notebook side now have a chance to use the just-launched GeForce RTX 2080 SUPER and 2070 SUPER GPUs for laptops. Nvidia also improved its Max-Q design and worked with multiple OEMs to enable additional performance for the Max-Q designs.

The 100+ OEM machines also include a range of RTX 2060-powered laptops starting at just $999. The new platforms are all based on theNvidia Turing architecture, which incorporates dedicated hardware RT cores to process ray tracing and AI in real-time.

“A little more than 18 months ago, NVIDIA reinvented graphics with real time ray tracing, which represents a seismic shift in how games look, play and feel”, said Jeff Fisher, senior vice president of gaming at Nvidia. “Having this technology available in a laptop for just $999 is amazing. And thanks to Max-Q, consumers will have a selection of remarkably thin and light laptops to choose across all price points.”

New Max-Q Technology gets up to 10 percent more

There is a new addition to Nvidia Max-Q formula, and the latest techniques and innovative cooling designs enable a performance increase of between four and ten percent. 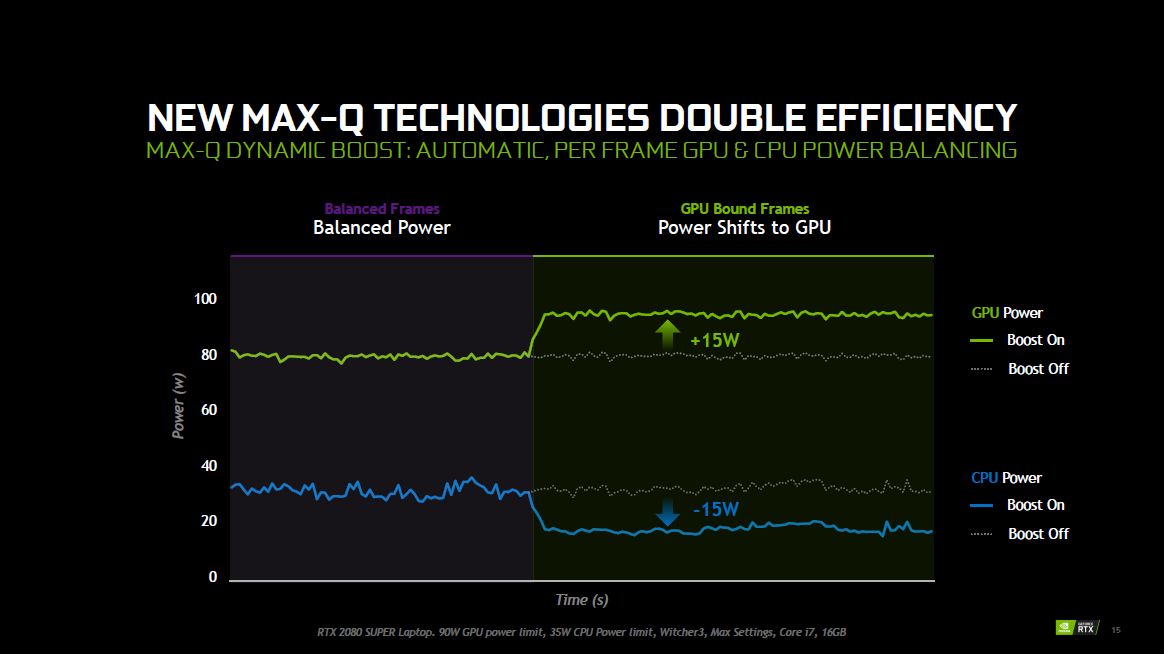 The new design enables even thinner, lighter, and more efficient laptops, and the whole catch is in the shared thermal design between the CPU and GPU. In traditional non-Max-Q design, a high-end gaming laptop has a 115W thermal budget for CPU and GPU. The CPU takes 35W while the rest, 80W, goes for the GPU. Nvidia did some testing with RTX 2080 SUPER Laptop featuring 90W GPU power limit, 35W CPU Power limit in Witcher3, Max Settings, Core i7, 16GB. In a given scenario, the CPU was using 15 W less, and these 15W were used by GPU as the power budget shifted to the GPU. The result is close to 10 percent higher performance in the game. 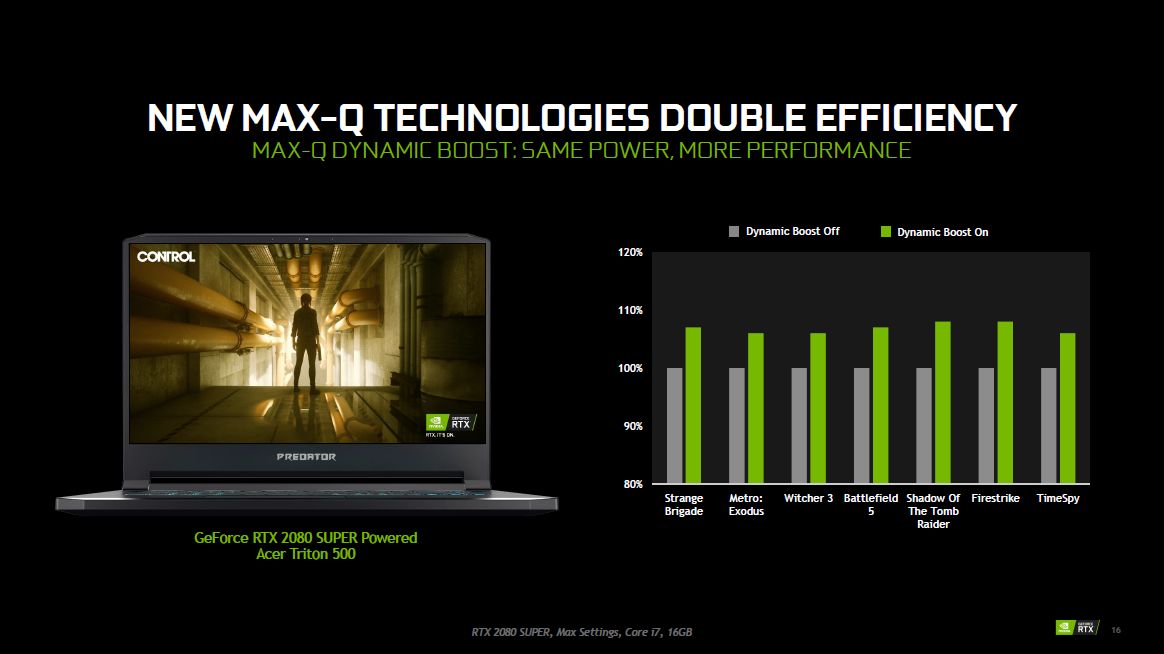 New advancements to Max-Q are now doubling that efficiency over previous designs, and introducing features that enable faster performance and longer battery life:

More than 45 of the top creative applications such as Adobe Premiere Pro, DaVinci Resolve, AutoDesk Arnold, Blender, and many more — all feature RTX acceleration by the RT cores in RTX GPUs.

The availability of new RTX Gaming and Studio laptops starts the week of April 15th from multiple partners globally, with more coming in May. Specific SKUs, configurations, and pricing will vary based on region and partner availability but will include designs from Acer, ASUS, Clevo, Dell, Gigabyte, HP, Lenovo, MSI, Razer and more.

Last modified on 02 April 2020
Rate this item
(0 votes)
Tagged under
More in this category: « Smartphone sales plumet to their worst levels in a decade Intel launches 5.3GHz 10th Gen Intel Core H »
back to top