Microsoft teams up with AMD for Surface Laptop 3 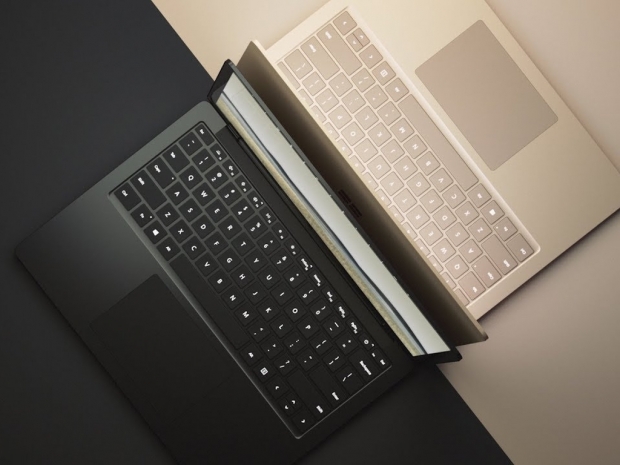 Microsoft has just unveiled the Surface Laptop 3 series which will be available in 13.5- and 15-inch sizes, but the big news is that it will be available with AMD Ryzen 7 Surface Edition APU, a custom piece of silicon with Radeon RX 11 Graphics.

There's a choice between Intel's 10th gen Ice Lake CPUs and AMD's Ryzen custom APU, 8GB and 16GB of RAM, and 128GB to 1TB of storage. It is still unknown which version will get which CPU choice, but that should all be clear as soon when these show up on Microsoft's site. There are also three new colors to choose from, including Cobalt, Black, and Platinum.

Unfortunately, Microsoft did not go into specific details, and these are still not listed on Microsoft's official site, but luckily AMD did share a few more details about the AMD Ryzen Microsoft Surface Edition processors.

To be precise, the most information comes AMD's Ryzen 7 Surface Edition APU product page, detailing the custom Ryzen 7 3780U Surface Edition SKU, which is most likely based on a similar design as the Ryzen 7 3700U, hitting the same 15W TDP and probably based on the same 12nm manufacturing process. It also comes with a different Radeon RX Vega 11 graphics part which packs 11 CUs.

AMD revealed some details over at its blog, stating that the Ryzen 7 3780U Surface Edition has a "hybrid-turbo-like capacity for bursts up to 4 GHz of “Zen+” CPU performance". According to AMD's internal testing, it is around 15-16 percent faster in 3DMark 11 compared to the Ryzen 7 3700U,  hitting 5124 points, which is a decent result. 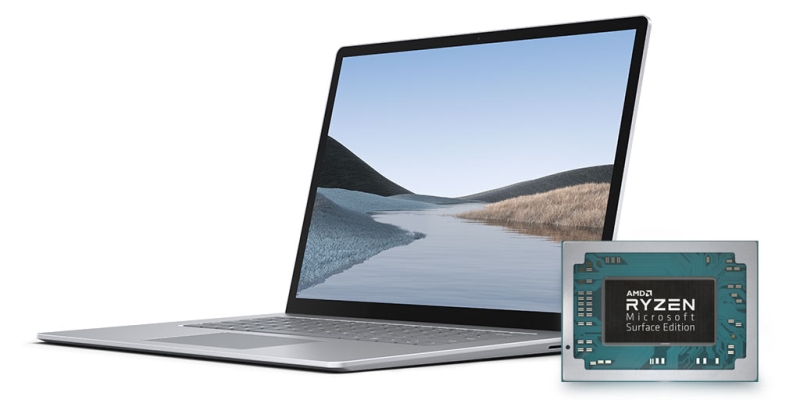 Microsoft also promises "all day battery life", and so far, its new Surface lineup looks quite impressive. We'll update with more details as soon as these pop up on Microsoft's site.