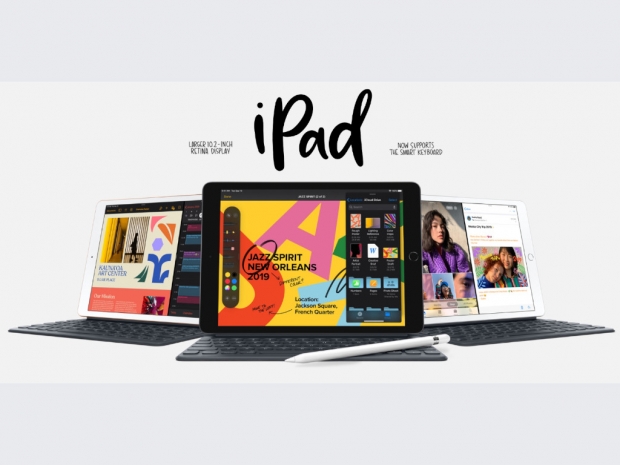 In addition to the new "affordable" iPhone 11, and the new iPhone 11 Pro lineup, Apple also unveiled a new entry-level iPad at its event last night.

Being the 7th generation, at least according to Apple, the new iPad is the successor of an entry-level 9.7-inch iPad launched in March last year. The new iPad gets a larger 10.2-inch Retina IPS screen with 2160x1620 resolution, leaving it with 264ppi of pixel density. The screen has 500nits of brightness, has a fingerprint-resistant oleophobic coating, and supports Apple Pencil (1st generation).

In order to cut the cost down, or offer it with the same price tag as the previous one, the entry-level iPad will use Apple's A10 Fusion SoC, which was a 16nm chip quad-core chip with two high performance and two energy-efficient cores, and a 6-core GPU, and most likely 2MB of RAM. The SoC is paired up with either 32GB or 128GB of internal storage.

The bigger screen also means the iPad got slightly bigger measuring at 250.6x174.1x7.5mm and weighing in at 483g  or 493g with optional cellular connectivity.

In addition to the support for 1st gen Apple Pencil, it also gets support for the full-size Smart Keyboard, which doubles up as a slim cover when folded.

The battery is a 32.4Whr one which should, at least according to Apple, provide up to 10 hours of web surfing on WiFi, and video or music playback.

As noted, the new iPad (2019) will be available as of September 20th, in gold, silver, and space gray color options. The starting price is $329, same as the 9.7-inch one, while the cellular model starts at $459. You also get a year free of Apple TV+ and it supports Apple Arcade game service. 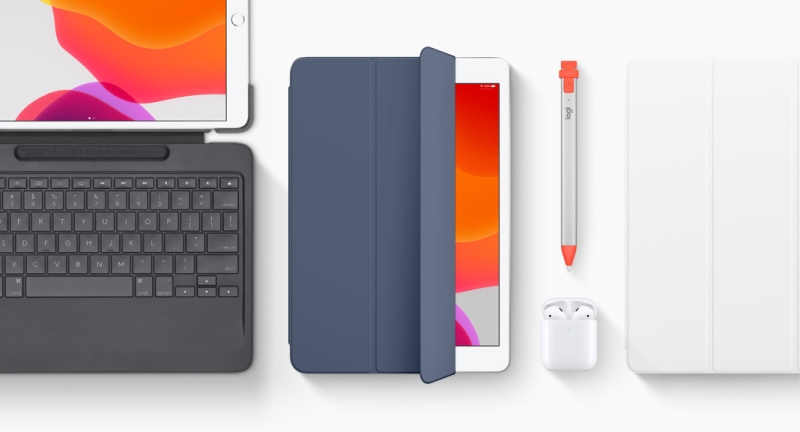 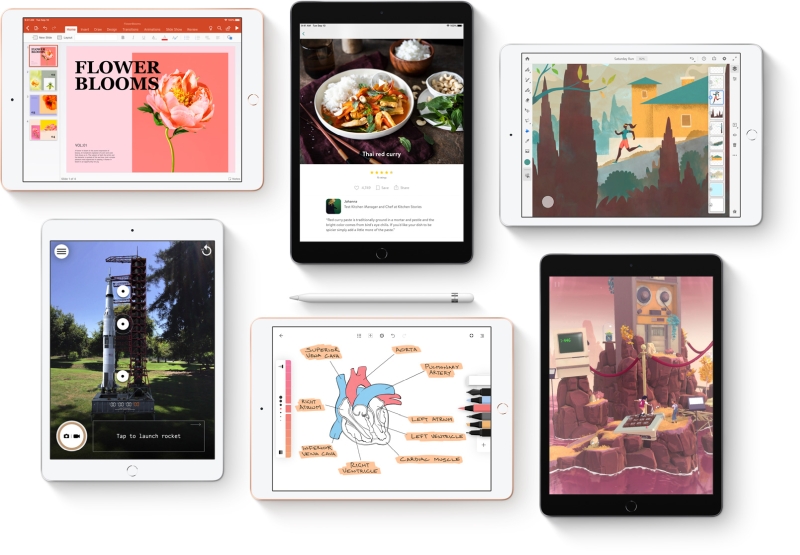 Last modified on 11 September 2019
Rate this item
(0 votes)
Tagged under
More in this category: « Apple A13 has 8.5 billion transistors Google's Pixel event could happen on October 15th »
back to top