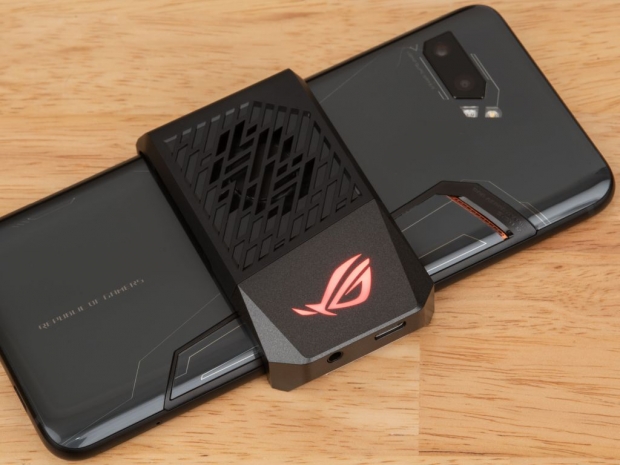 Asus has officially announced its newest ROG Phone II, a second-generation of its gaming smartphone, which will come with impressive 6.6-inch 120Hz AMOLED screen, Qualcomm's Snapdragon 855 SoC, and a lot of gaming-oriented accessories.

Asus did not were off from the previous ROG Phone design, as the second-generation is still asymmetrical, screaming gaming smartphone. It comes with a rear exhaust grill, which is a part of the cooling system dubbed "ROG Aerodynamic System". It can also be upgraded with optional AeroActive Cooler 2 accessory which should keep it well cooled and allow the phone to push that Snapdragon 855+ SoC even further.

The main star of the ROG Phone II is the 6.6-inch 120Hz 1ms AMOLED screen with 2340x1080 resolution, with support for 10-bit HDR, impressive color gamut and accuracy, as well as a 240Hz sampling rate touch sensor. The bottom and top front part of the phone is reserved for stereo speakers with DTX:X Ultra support for multi-channel audio and are 2.5x louder compared to the first-generation ROG Phone. 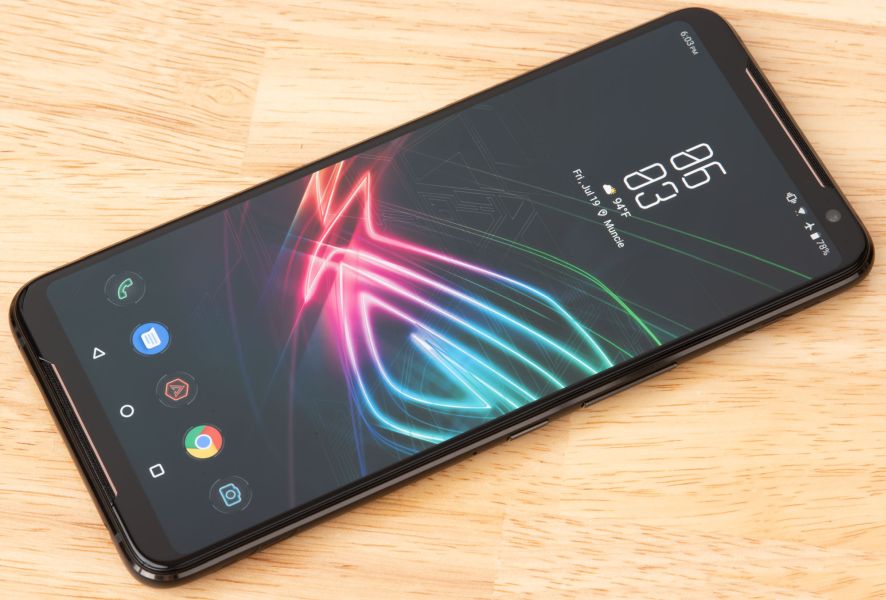 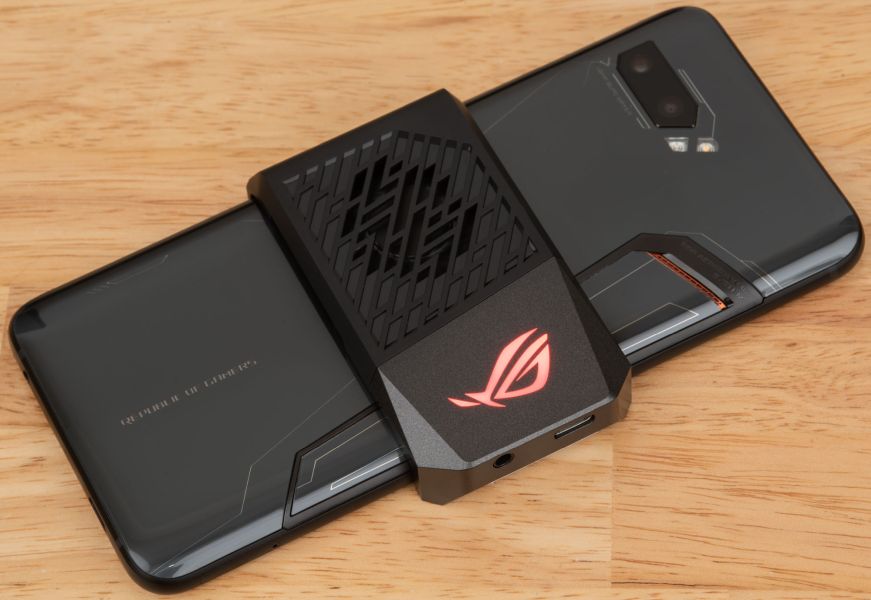 Asus also improved the AirTriggers, dedicated buttons and it included two vibration motors on the left and right part of the phone. Of course, Asus also introduced the ROG Kunai Gamepad, an optional accessory which turns it into a Nintendo Switch-like device. The same gamepad can be used with TwinView Dock II, which adds a second 120Hz/1ms touchscreen, a cooling fan and a 5,000mAh battery, or some of t he other docks like the WiGig wireless display dock, Pro Dock or the Mobile Desktop Dock. 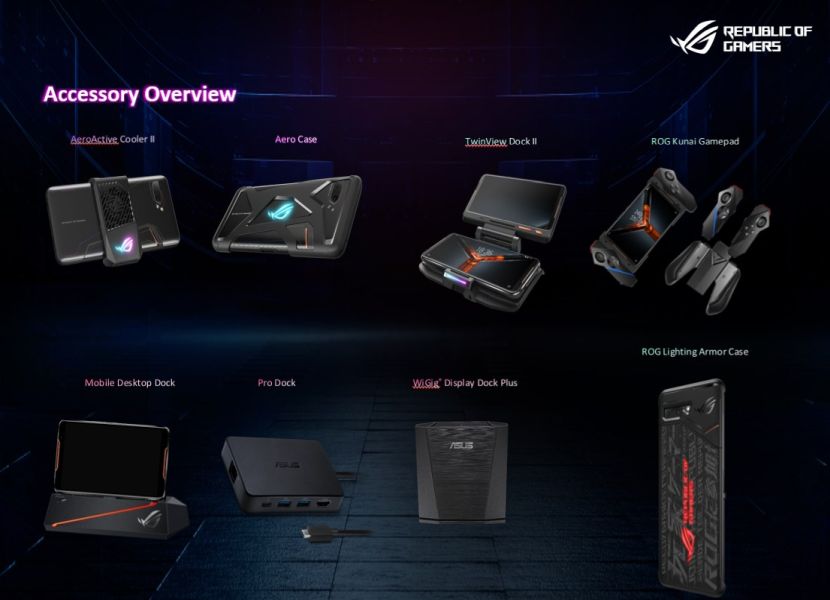 Gaming smartphone must come with impressive hardware as well

Asus also paired up the Snapdragon 855+ SoC with 12GB of RAM, 512GB of internal storage, and a hefty 6,000mAh battery, which can be charged quite quickly with support for Quick Charge 4.0 or Asus' own30W ROG HyperCharge with standard 3A cable. Asus claims you can get 7 hours of PUBG gaming on the phone. You get usual connectivity options, special 3.5mm jack, and four microphones.

Asus equipped the ROG Phone II with 24MP front-facing camera and the main rear camera from Zenphone 6, so you get 48-megapixel main shooter and a 13-megapixel secondary one for ultra-wide pictures. 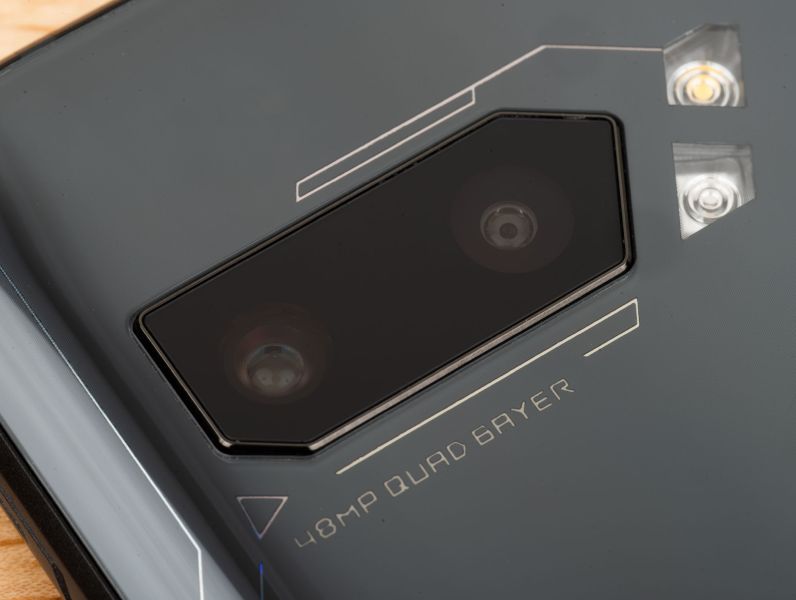 Launches first in China with Tencent, and other markets in September

Asus is teaming up with Tencent in China and the phone sho0uld be available soon, which other markets, such as the US or Europe, should get it on September 4th. The price is still unknown, but we do no expect it to be cheap, as the original ROG Phone had a starting price of $900. 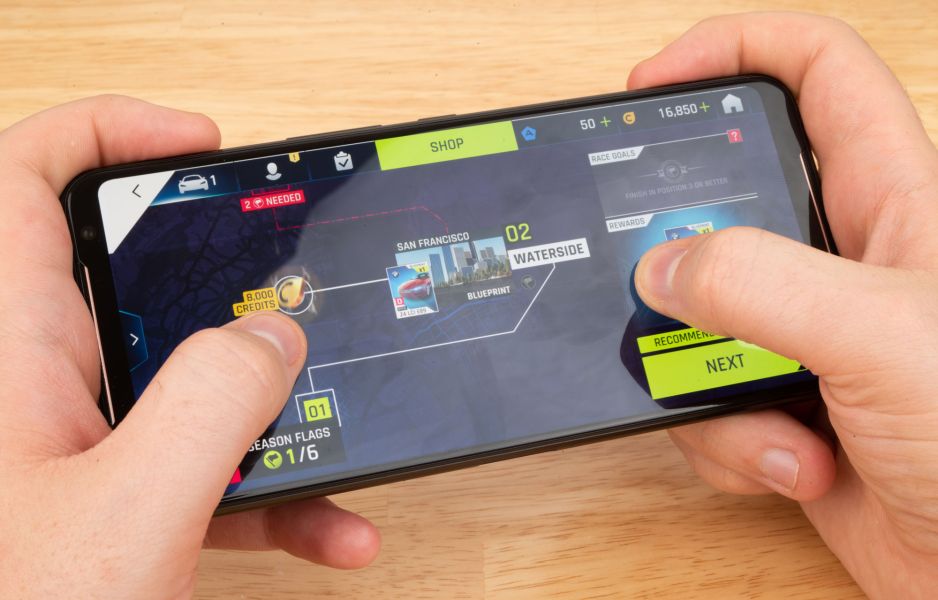 Rate this item
(0 votes)
Tagged under
More in this category: « Hongmeng OS isn’t an Android replacement Apple is picking at Intel's modem corpse »
back to top