Google Pixel 3a series is quite easy to repair 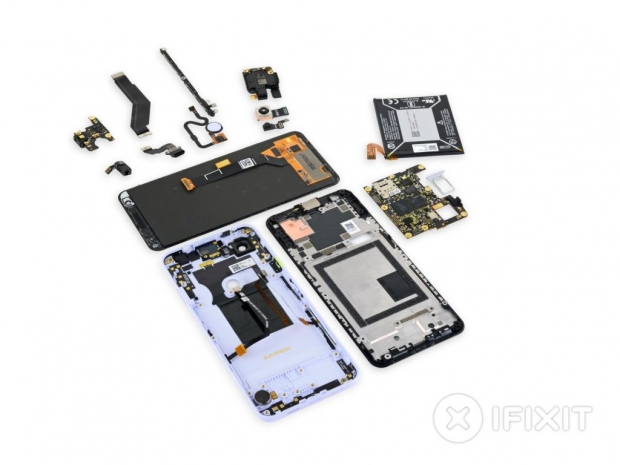 Now that Google's affordable Pixel 3a smartphones are released, it was just a matter of time before they get a teardown by iFixit, giving them a good repairability score.

iFixit got its hands on both the Pixel 3a and the Pixel 3a XL and according to the results from the teardown, these two new affordable smartphones from Google are quite easy to repair, scoring a solid six out of 10. While this might not look like a high score, bear in mind that this is higher than most smartphones on the market.

Both smartphones are easy to open, without heat, and include standard screws, which is quite rare these days, and even the battery is secured with an adhesive, meaning it won't be that hard to replace.

In case you missed it, the new Google Pixel 3a series can be considered as the true successor of the Google Nexus lineup, with 5.6-inch and 6.0-inch screens, Qualcomm's Snapdragon 670 SoC, the same camera as the Pixel 3, all at a price of $399 for the Pixel 3a and $479 for the Pixel 3a XL.

You can check out the full teardown process in the video below or over at iFixit's website.

Last modified on 10 May 2019
Rate this item
(2 votes)
Tagged under
More in this category: « Google slams Apple for putting a price on privacy OnePlus officially unveils the new OnePlus 7 series »
back to top