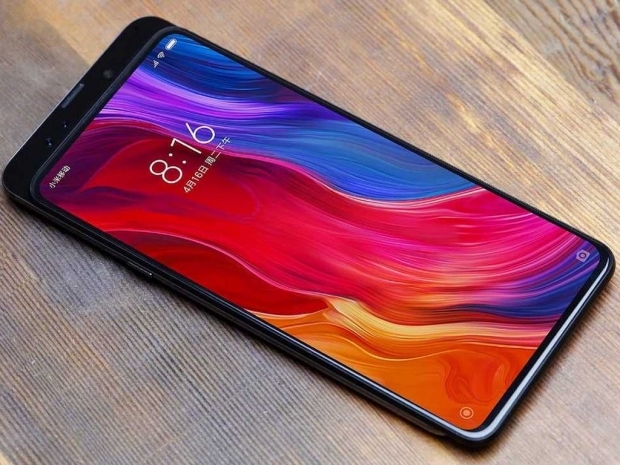 There is a clear trend toward a whole uninterrupted screen for end users to enjoy on their phones and every year we are getting closer to that. The trend includes more cameras, slide, and pop-up, all helped by computation and AI.

We went from a small square screen in the early smartphone days to a rather large screen that keeps getting less and fewer interruptions. The logical step was to introduce the notch, that was, quite frankly, rather large at the beginning. The company that is hopefully coming back with a new phone this year, Essential, figured the trend quite easily and so did Xiaomi with the Mix series.

Late 2018 was the start of the teardrop notch, very small and discrete and Samsung and a few others ended up having a cut-down screen too. These are just small steps towards showing a whole uninterrupted screen.

Oppo Find X was one of the first, and it introduced us to a pop-up camera that some other OEMs solved with a sliding solution. They address the same problem and are a clear way to get the uninterrupted and immersive screen.

A cut down screen is just a temporary solution as there is a serious chance that the front face camera lens will be able to live behind the phone screen in the future.

The only issue with the full view screen and a slide, pop up solution are that face unlocking might become difficult and some people are somewhat used to it today.

Below screen fingerprint scanners are here to stay, primarily due because many financial institutions keep insisting on fingerprint rather than an iris or face scan today.

Consumers end up unlocking their phones more than 100 times a day, which is alarmingly a lot and makes people question how much time they're willing to waste on the fun device.

Samsung’s approach with a cutdown screen is noticeable as it does interrupt the viewing pleasure with the dark holes that pop up rather a dominant beautiful screen.

More cameras and low light performance are the clear winners for most consumers. Huawei ended up dominating some photography benchmarks and came up with a great camera setup with its Mate and Pro series. The camera evolution on Huawei P and Mate series was possible via cooperation with Leica, and the critical feature here are multiple lenses.

If you ever fiddled with an SLR mirror camera, you do realize that no one lens serves the whole purposes, regardless of what Google is trying to convince you with its Pixel phones.

Wide angle, telephoto, and a high-resolution lens are the clear way forward. It does keep the back side of your phone busy, but if you are to close to the group of people and there is no way to back, a wide-angle camera can be used. If one is too far, then telephoto is the solution.

The improved low light performance was always the key to success. It was an essential key pillar that Google addressed with a night vision and that Huawei massively improved with its P30 Pro series. The Huawei low light camera performance has become significantly better compared to Google Pixel 3 and anyone else on the market.

Of course, computational photography will play a vital role in any phone camera performance. Bokeh is very computationally intensive and having a depth data can help, which leads us that the trio of lenses sometimes comes with an additional laser depth camera.

Back in 2016, yours truly predicted the zoom lenses but was concerned about the mechanical way how the traditional camera lens works. Multiple lenses and sensors were the answer that became rather obvious just a year or two later.

It helps to sell new Snapdragon / Exynos / Kirin / A11 chipsets as these couple billion of transistors are expected to do well with OS related tasks and help make great pictures. Video remains popular and is also a computational and storage hog and 4K video with higher frames per second are here to stay.

Of course, this is the part where AI  helps you to become a better photographer by understanding  data. AI might not be very visual to the end users, but it runs a lot of tasks and helps save battery life, makes the phone more secure as well as help to save battery while running a digital assistant at low energy in the background. Just say my name, and I’ll pop up. AI is a much bigger topic, but here we plan to give it a mention as it plays a vital role in 2019 and 2020 and beyond phones.

South Korea has just launched 5G, and the rest of the world is following. There will be a lot of live 5G networks launched in the next few months, and 2019 is the year of real 5G where things are starting to happen. It is hard to predict on a global scale when each country and region will get its piece of 5G, but some customers will be able to enjoy it in the latter part of 2019. Most will get it in 2020 and onwards, and this is something that is set to last for close to a decade, of course with significant improvements.

5G will enable you to share your data much faster and allow new use cases including VR/AR (eXtended Reality) amplify edge computing and create new chapters in our lives. It touches phones but also IoT and industry, robotics and especially self-driving and transportation aspects due to its low latency feature.

The part serves as an educated prediction how most of the phones in later part of 2019 will look like, and in 2020 it is all that but just with 5G becoming more dominant especially in the high end and of course better cameras and AI.