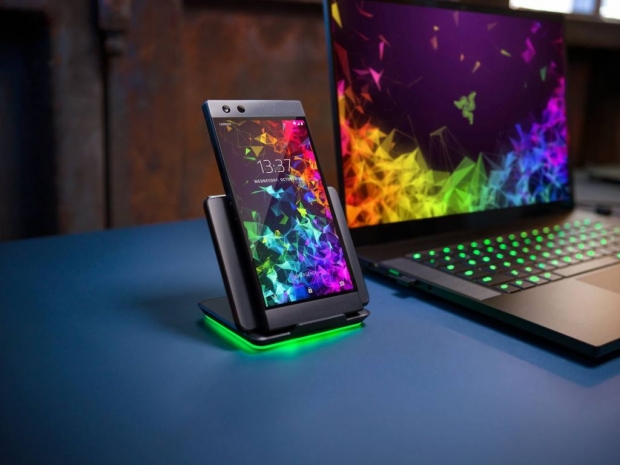 As expected, Razer has unveiled its second-generation Razer Phone at a dedicated event held today, retaining the same block design, but updating it with Qualcomm's Snapdragon 845 SoC with better cooling, glass back, improved screen and camera, and a couple of other goodies.

Razer has decided that a blocky design was not half bad, but now it has ditched the all-metal look for a glass back with an aluminum frame, mostly due to the support for wireless charging as well as the Chroma-enabled Razer logo at the back. The LED logo can be used with Chroma enabled effects from Razer's Chroma app, or completely turned off. In addition, the phone is also IP67 resistant and still comes with good front stereo speakers with Dolby Atmos certification. 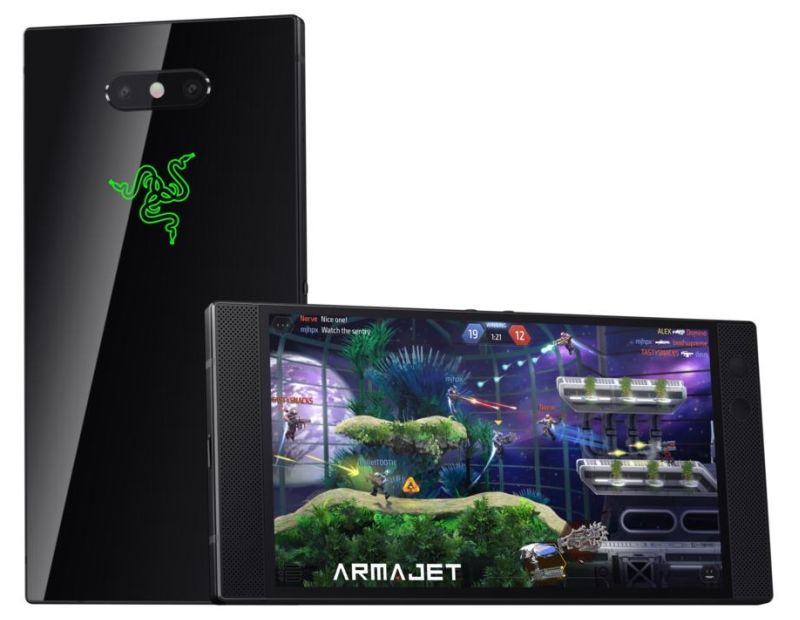 The screen is the same 5.7-inch IGZO LCD panel with QHD resolution and 120Hz variable refresh rate, which put the Razer ahead of the competition. Razer states that the new screen in the Razer Phone 2 is 50 percent brighter, raising the maximum brightness to 580nits. It also supports HDR and DCI-P3 color gamut so it should provide one of the best screen experiences on the market.

The new Razer Phone 2 also has the latest Qualcomm Snapdragon 845 SoC and paired it up with a new vapor chamber cooling system, which should keep it from throttling down at least a bit. The SoC is paired up with 8GB of RAM and 64GB of storage, which can be expanded with microSD card slot.

Razer also improved the main rear dual camera with new image sensors from Sony, so you get a main 12-megapixel one with optical image stabilization (OIS) and f/1.75 lens and the second 12-megapixel sensor with f/2.6 2x telephoto lens. It can now record up to 2160p at 60fps and 1080p at 120fps.

The front camera comes with an 8-megapixel sensor and can record 1080p video at 60fps.

While it still comes with a 4,000mAh battery, the new phone did get QuickCharge 4.0+ support and support for fast Qi wireless charging. The phone lacks a 3.5mm jack, but Razer is bundling it with a 24-bit DAC dongle and offers optional USB-C noise canceling headphones which link up with Chroma for LED effects.

Unfortunately, the phone still ships with Android 8.1 Oreo, but the update is likely to be coming soon.

In addition to the new Razer Phone 2, the company also released a couple of accessories, including the Razer Wireless Charger, priced at $100, leather and kevlar cases, for $40 and $50, and a glass protector for $20.

Last modified on 16 January 2019
Rate this item
(0 votes)
Tagged under
More in this category: « Google officially unveils its new Pixel phones Police told not to look at iPhones »
back to top