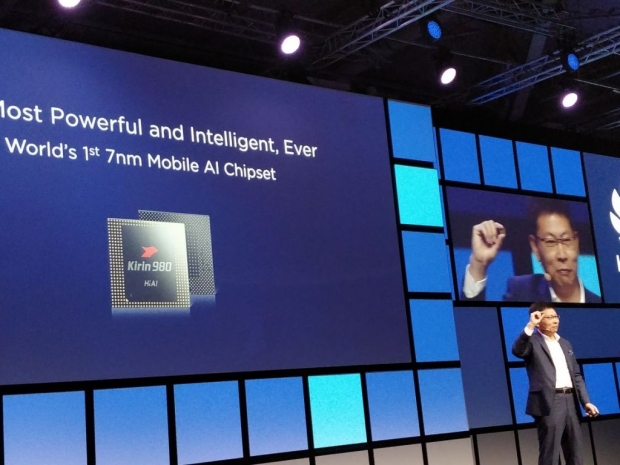 Huawei is obviously going after its competition with its latest Kirin 980 SoC, which is all about being the world's first SoC in many categories, including the first made on TSMC's 7nm, the first with Cortex-A76 cores, dual NPUs, and plenty of other things too.

The Huawei Kirin 980 SoC packs 6.9 billion transistors, a 6.8x increment in transistor density starting with the 28nm Kirin 920. The Kirin 980 SoC has an interesting octa-core design, featuring two high-performance Cortex-A76 cores clocked at up to 2.76GHz, two mid-performance Cortex-A76 cores at up to 1.92GHz and four low-power Cortex-A55 CPU cores at up to 1.8GHz. It is also the first one to include the Mali-G76 MP10 GPU.

Such design, as well as the fact that it is made on TSMC's 7nm manufacturing process, let Huawei make some bold claims, suggesting it could bring up to a 20 percent performance boost and up to a 40 percent performance improvement when it comes to power efficiency,l compared to the Kirin 970, which was not half bad either.

On the CPU front, the Cortex-A76 cores are likely to deliver up toa  75 percent performance boost and up to a 58 percent better power efficiency, while the GPU performance is up by 46 percent with up to 176 percent higher power efficiency. The GPU will also use Huawei's GPU Turbo technology which can boost the GPU clock under heavy load, providing better gaming performance, Huawei claimed.

In addition to improvements on the CPU and the GPU side, the Kirin 980 will also support LPDDR4X 2133MHz memory, which are likely to further boost performance. 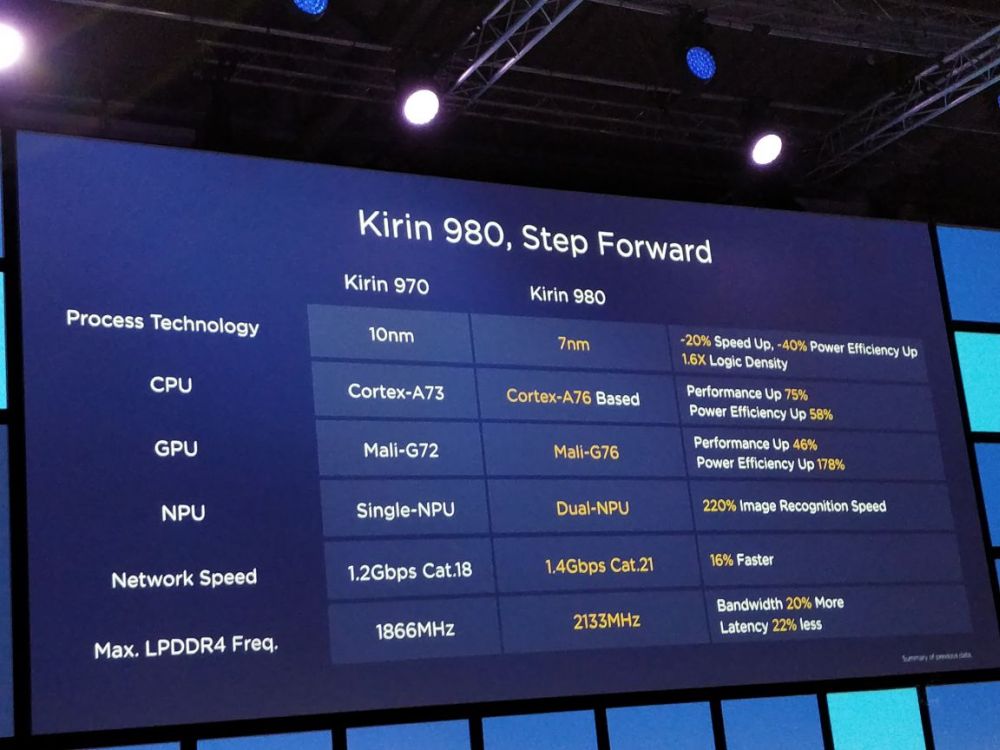 All about dual NPUs, network/WiFi performance, and ISP

In addition to sheer performance, Huawei is also focusing on AI, with dual NPU units which are claimed to provide up to 220 percent faster image recognition, allowing it to recognize up to 4,500 images per minute.

Coming first with the Mate 20 and Magic 2 smartphones 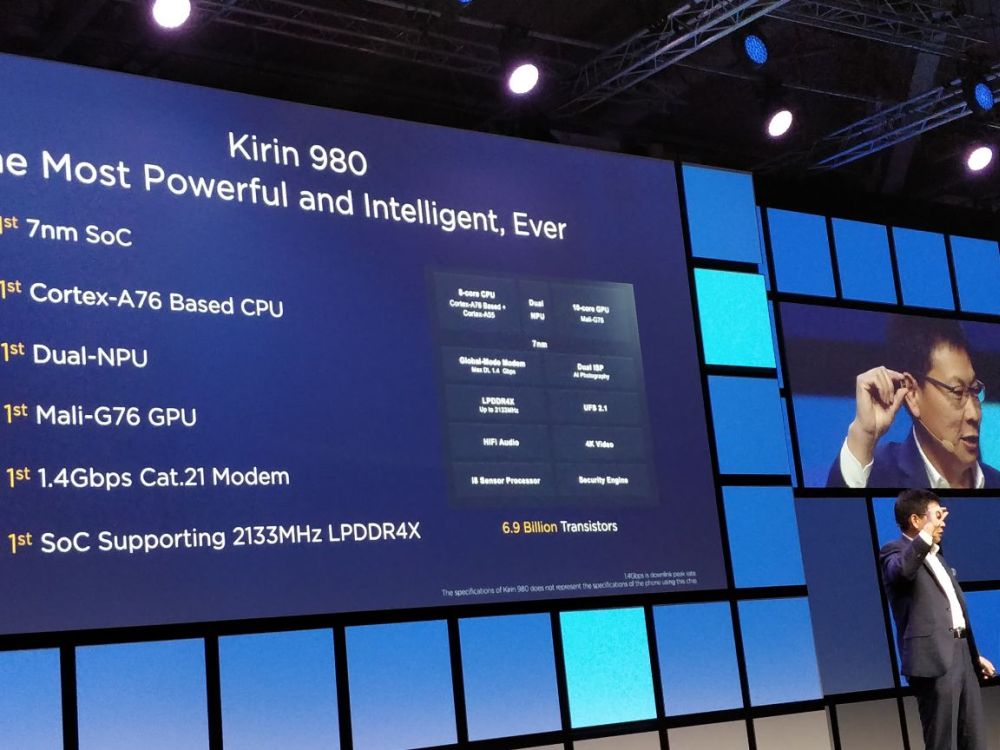 Last modified on 31 August 2018
Rate this item
(0 votes)
Tagged under
More in this category: « Honor teases bezel-less Magic 2 smartphone Asus ZenBooks have an impressive screen-to-body ratio »
back to top