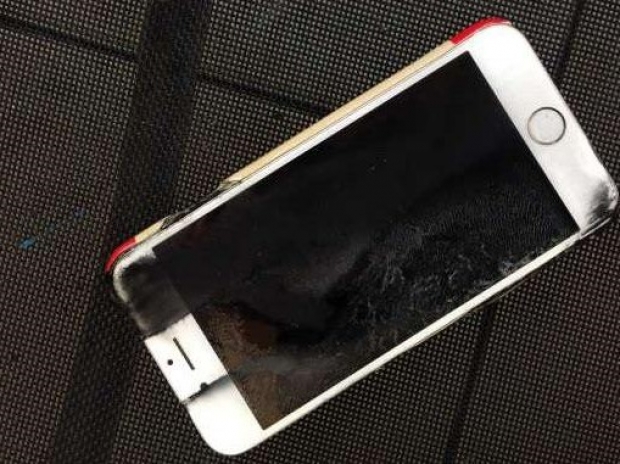 Then how will they force users to upgrade?

Boffins at Oak Ridge National Laboratory (ORNL) have come up with a new chemical recipe that could combat the problem of exploding lithium batteries.

ORNL physicist Gabriel Veith said the secret could be to tweak the conventional electrolyte recipe.

Speaking at this week's meeting of the American Chemical Society in Boston, Veith said he found inspiration for a tweak while introducing his kids to a cornstarch and water mixture popularly known as "oobleck".

Oobleck is an example of a non-Newtonian fluid which changes its viscosity in response to a shearing force. Initially, the particles in the substance - in this case a colloid, where cornstarch grains are suspended in water - are loosely bonded, but any sharp impact causes the bonds to strengthen so the particles lock into place. Punch a bowl of oobleck, and it hardens into a solid, softening again as the energy dissipates.

Veith realized that this property could be invaluable in an electrolyte solution, which would solidify in response to impact and prevent the two electrodes from touching.

There's a slight tradeoff in terms of reduced battery capacity and slower charging, but otherwise performance is comparable to the current crop of lithium-ion batteries. And it will only require a small modification to the production process.

Last modified on 28 August 2018
Rate this item
(0 votes)
More in this category: « Google Pixel 3 XL review goes online Android at the mercy of AT commands »
back to top