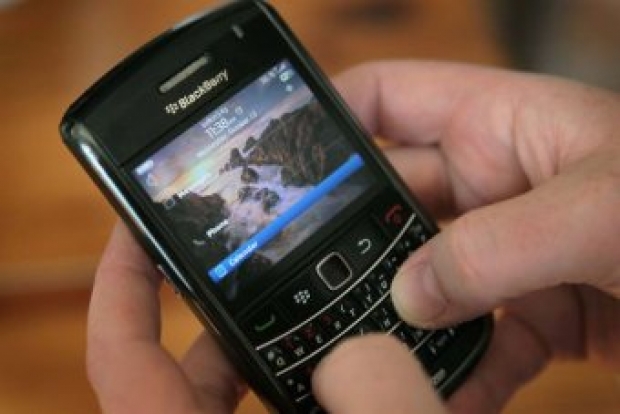 The FBI has arrested the owner of Phantom Secure as part of a complex law enforcement operation clamping down on the trade in security hardened blackberries to criminals.

According to Motherboard which granted the sources in this story anonymity to talk about sensitive developments in the secure phone trade. The source said the Phantom operation was carried out in partnership with Canadian and Australian authorities.

A complaint filed in the Southern District of California on Thursday charges Vincent Ramos, the founder and CEO of Canada-based Phantom, with racketeering conspiracy to conduct enterprise affairs, as well as conspiracy to distribute narcotics, and aiding and abetting. The complaint alleges that Ramos and Phantom were not simply incidental to a crime, like Apple might be when a criminal uses an iPhone, but that the company was specifically created to facilitate criminal activity.

FBI Special Agent Nicholas Cheviron, alleges that even members of the notorious Sinaloa drug cartel used Phantom’s devices, and that the “upper echelon members” of transnational criminal groups have bought Phantom phones. The devices have been flogged in Mexico, Cuba, and Venezuela, as well as to the Hells Angels. Cheviron estimates that 20,000 Phantom devices are in use worldwide, with around half of those in Australia, bringing in tens of millions of dollars of revenue to Phantom.

In addition to removing the microphone and camera from BlackBerry devices, Phantom also takes out GPS navigation, internet browsing, and normal messenger services,. Phantom then installs Pretty Good Privacy (PGP) software to send encrypted messages, and routes these messages through overseas servers. The complaint points to Hong Kong and Panama as countries “believed by Phantom to be uncooperative with law enforcement”. Phantom can also remotely wipe devices if they are seized by authorities.

Canada’s Royal Canadian Mounted Police (RCMP) bought Phantom devices while posing as drug traffickers. The RCMP then asked if it was safe to send messages such as “sending MDMA to Montreal, to which Phantom replied it was “totally fine”. The RCMP also pretended that authorities had arrested an associate with incriminating evidence on the phone, and needed Phantom to wipe the device. Multiple undercover agents, posing as drug traffickers looking to expand their operations, also met Ramos in Las Vegas in February 2017, the complaint continues.

Law enforcement agencies have cracked down on other encrypted phone companies allegedly catering to organised crime over the past few years. In 2016, Dutch investigators arrested the owner of Ennetcom, whose customers allegedly include hitmen, drug traffickers, and other serious criminals. And then in 2017, Dutch authorities also busted PGP Sure, which also allegedly catered to organized crime.

Last modified on 12 March 2018
Rate this item
(0 votes)
Tagged under
More in this category: « Xiaomi Mi Mix 2s to launch in Shanghai on March 27th Android users more loyal than Apple fanboys »
back to top