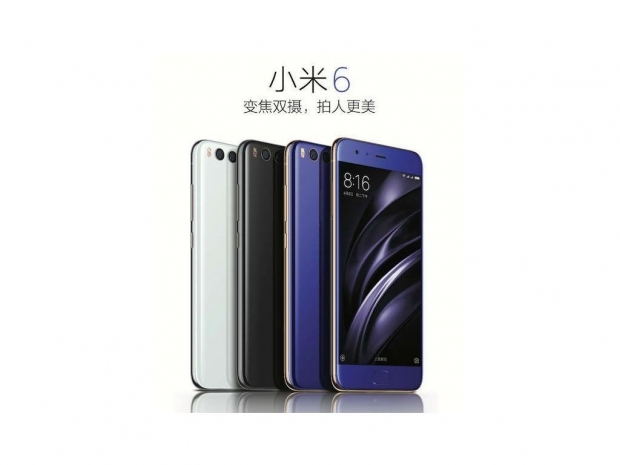 Hours ahead of launch

Xiaomi is scheduled to unveil its latest flagship Mi 6 smartphone at an event on April 19th and just hours ahead of that launch, an official press picture has found its way online.

While we have already heard most of the details regarding the new Xiaomi Mi 6, including that it should be powered by Qualcomm's latest Snapdragon 835 SoC with Adreno 540 GPU, 4/6GB of RAM and 64GB or 128GB of storage, depending on the version, there's now something new. The Mi 6 will use a 5.15-inch 1080p screen and run on Android 7.1 Nougat OS with MIUI on top of it.

The rest of the specifications include a dual camera configuration at the back, which is now confirmed by the press picture. Earlier information suggested that each of those lenses will sit on top of a 12-megapixel sensor. It will also come with a fingerprint sensor at the front and an 8-megapixel front camera. There was also an earlier rumor that it could end up with a 3200mAh battery.

The leaked picture, spotted by GSMArena.com, also confirms that there will be three color options, white, black and purple.

Earlier rumors also suggest that there will be a larger version, called the Mi 6 Plus, which will have a bigger 5.7 inch screen. 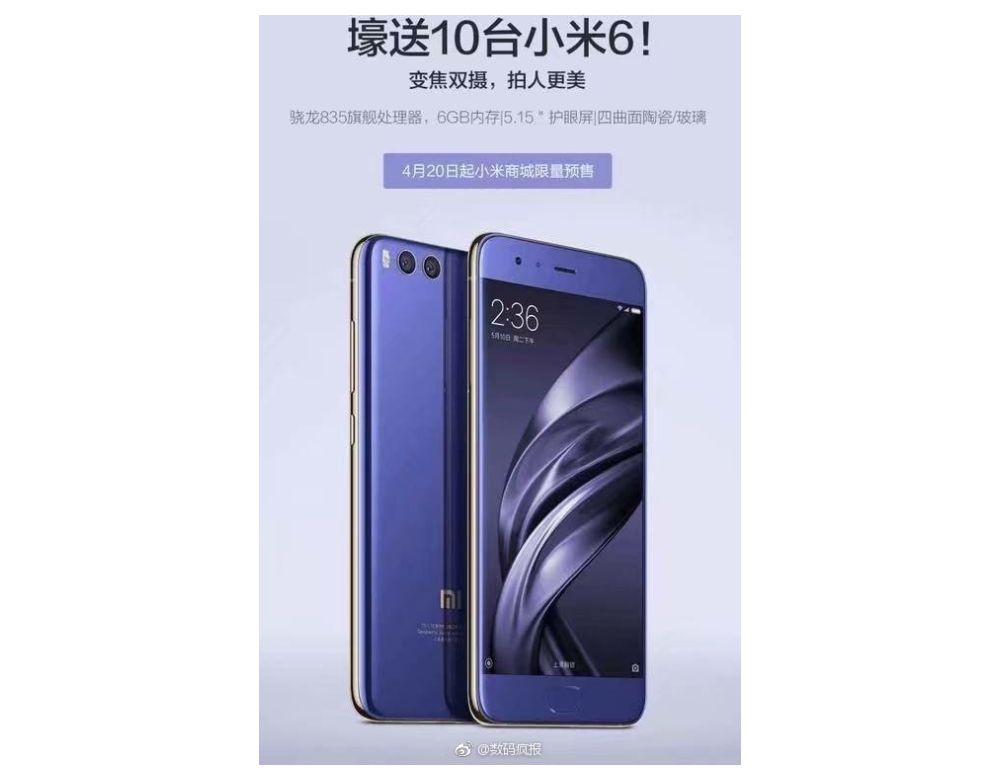