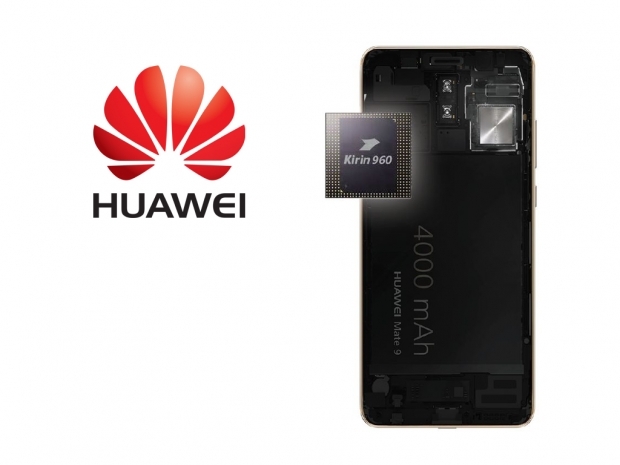 The Kirin 960 is a 16nm SoC, that powered the Huawei Mate 9 and Mate 9 Pro, and is quite powerful, but it seems that Huawei plans a Kirin 970 SoC made using the 10nm FinFET manufacturing process and with obviously faster performance at lower energy consumption.

The goal is to be able to compete better with the Snapdragon 835 and MediaTek’s Helio X30, both also made at 10nm. Huawei and MediaTek are manufacturing their 10nm SoCs at TSMC while Qualcomm was very vocal about its cooperation with Samsung on 10nm Snapdragon 835. Let’s not forget that Samsung is coming up with its 10nm SoC that is still to be announced under the Exynos brand.

It is expected that the Kirin 970 might use a similar approach and use a combination of four Cortex A73 cores and four Cortex A53 cores, just like it did with the Kirin 960. Of course, since the transistor size is smaller at 10nm, we expect the ability to clock the transistors higher than 2.4GHz and still use less energy compared to the 16nm Kirin 960.

The new Mali G71 core at 10nm will be able to clock much higher, bringing a potential performance increase, and making the Kirin 970 based phones more competitive. If you remember, the Kirin 970 with Mali G71 was 180 percent faster compared to the Mali T880 used in the previous Kirin 9x0 series.

The Kirin 970 should support Cat 12 LTE download speeds and, of course, all this might be happening as soon as Mobile World Congress 2017 starts in late February. Huawei is expected to announce the P10 successor to the P9 series and we would be surprised not to see a dual camera setup from the house of Leica.

Last modified on 06 December 2016
Rate this item
(1 Vote)
Tagged under
More in this category: « Meizu might launch completely bezel less phone Apple blames the air for iPhone 6 fault »
back to top