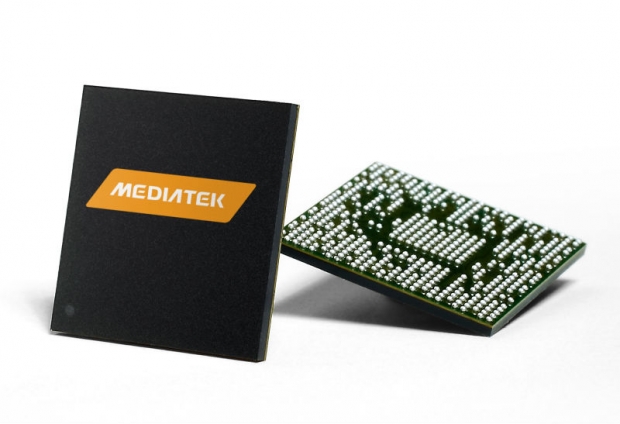 Qualcomm was the first to announce 10nm SoC and claims that it has started shipping to OEMs but it looks like MediaTek won’t be that far behind either.

A company’s VP, David Kum has said that Helio X30 is going to launch as a 10nm SoC and this is the first official confirmation. Previous Helio X30 information was  not official to this point but many have leaked that there will be a deca-core SoC from MediaTek coming in 10nm. David also confirmed that it pland to introduce Cat 10 3x Carrier aggregation capable modem and this matches the information we've written about before. MediaTek says that it can match iPhone 7 modem capabilities despite the fact that Huawei and Qualcomm use Cat 12 and Cat 16 modem respectively. Helio X30 with Cat 10 should be able to lift MediaTek's modem speed up to 450 Mbps download when using three carrier aggregations while the upload is promised to jump to 150 Mbps.

Since Huawei already launched its Kirin 960, yet another 16nm SoC, we can expect that Exynos 8890 CHECK and Helio X30 will join Qualcomm Snapdragon 835 in the 10nm club. Fudzilla already covered the fact that MediaTek has changed its strategy as the managers realized that you need a leading edge process to stay competitive.

MediaTek has quite a good lineup in the mainstream market with the Helio P10 that ended up in many Chine mainstream phones, and Helio P20 looks ready for the mainstream of phonesin 2017 with its 16nm FinFET designs.

Helio X20 was a 20nm SoC and it did a decent job, but it lost to the Snapdragon 820. That won the hearts of most of the high end headset manufacturers across all markets. The only major player in China that doesn’t use Snapdragon is Meizu, but the rest of the big names in all continents predominantly have Snapdragon 820 / 821 designs.

Helio X30 is expected to have three cluster designs, something that Fudzilla previously mentioned in detail. The Helio X30’s performance cluster comes with two Cortex A73 CPUs, the medium task is coming with four Cortex A53, while the last four cores come with the new Cortex A35.  The Helio X30, according to information leaked by one of the partners, comes with two Cortex-A73 clocked at 2.8GHz, four Cortex-A53 (2.3GHz) mid cluster and four Cortex-A35 (2.0GHz) power saving cores. This could be the highest clocked high end cluster in the Cortex A73 league as Huawei has already confirmed that Kirin 960 stops at 2.4Ghz maximal clock but has four instead of two Cortex A73 chips. It will be interesting to compare two of these SoCs.

The 2017 looks like a good year for MediaTek as the new SoC sounds much more competitive.

Last modified on 21 November 2016
Rate this item
(4 votes)
Tagged under
More in this category: « Samsung is still the number one mobile maker Qualcomm leads mobile industry to 10nm »
back to top