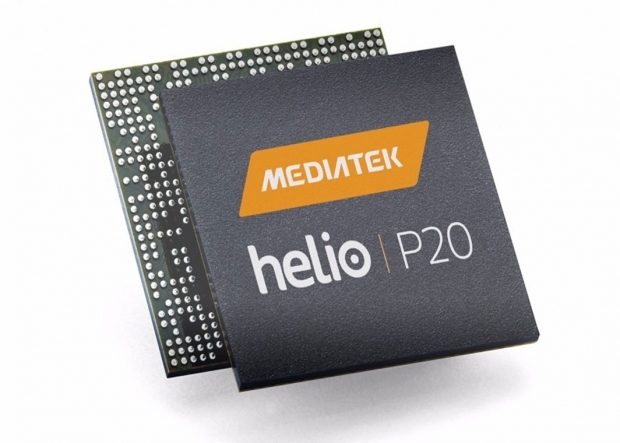 Just as it did with Helio X20, Mediatek is about to release a faster than the base original of the P20 called the P25.

MediaTek already spilled the beans about the Helio P20 at the Mobile World Congress in February and revealed a few key details. Helio P20 is an octa-core FinFET processor manufactured using the 16nm TSMC process.  It has eight Cortex A53 cores clocked up to 2.3GHz. It supports a 24-megapixel camera, full HD resolution 1920x1080 screen and a Cat 6 LTE modem with 2x20 carrier aggregation at 300/50Mbps data speed. We are sure that Helip P20 will put a lot of pressure on the Snapdragon 652 or its sucessor whenever Qualcomm announces it.

The new Mali T880 graphics unit is clocked at a speedy 900MHz and the new SoC might be the world’s first to use the LPDDR4X. MediaTek invested a lot of time improving its MediaTek Imagiq Image Signal Processor (ISP) by adding advanced 12bit Dual ISP supports Bayer and Mono sensors. These elevates picture quality by reducing noise and capturing three times more light than conventional Bayer + Bayer sensors. It also has dual phase-detection autofocus which achieves real-time auto focus that is four times faster than traditional autofocus systems. The 3A HW engine upgrades for more natural, responsive and detailed photographs and powerful multi-scale temporal de-noising technologies which renders videos and photography more accurately, with less noise, even in low light.

The Helio P25 is faster because of its Cortex A53 cores clocked to 2.5GHz. It might have a faster GPU too but this was not revealed. Helio P25. 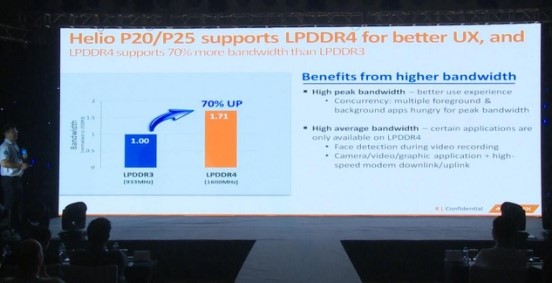 Helio P10 secured lots of design wins and the Helio P20 / P25 should continue that tradition when it is launched later this year. MediaTek promised Helio P20 in the second half of 2016 and so far, the only phone we could find announced and listed is the Elephone P20. This phone didn't ship despite the fact we have entered the last quarter of this year.

Manufacturing a phone takes quite some time despite the fact that MediaTek is shipping Helio P20 to manufacturers as we speak.

Last modified on 05 October 2016
Rate this item
(0 votes)
Tagged under
More in this category: « MediaTek's 10nm is a change of strategy Google's Pixel smartphones get scrutinized »
back to top