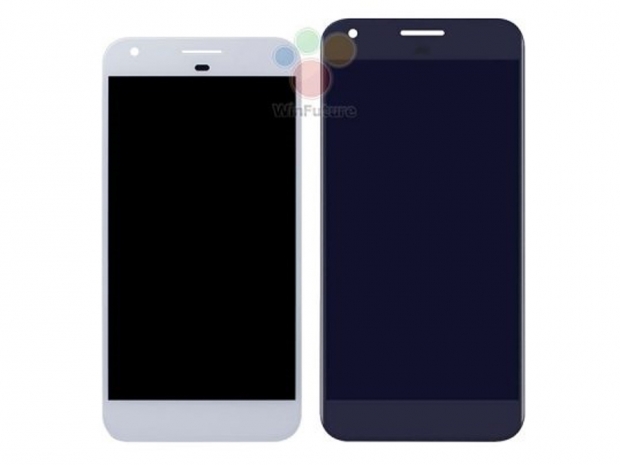 Built by HTC, launching with Android 7.1

Although the devices have yet to receive official names, reports indicate they are the two Nexus devices that appeared earlier this year, codenamed “Sailfish” and “Marlin.”

On Monday, Google confirmed the existence of both devices by launching a new site specifically for the upcoming launch of a new line of smartphone devices. The site refers to something “made by Google,” although the company has not given the devices any formal names just yet.

Back in February, a report suggested that Google CEO Sundar Pichai and his team in the Android department are signaling that the company wants to reduce the level of involvement its hardware partners currently have over the Nexus smartphone lineup and take a more hands-on approach to its products, similar to what Apple is doing with its mobile devices. The shift from a horizontal development strategy to a more top-to-bottom approach suggests that HTC could be the company’s last partner before it releases any self-branded devices in the Nexus lineup down the road.

For now, however, it is confirmed that HTC is the sole manufacturer of the upcoming Sailfish and Marlin devices, according to the FCC filings. What will be interesting is how the camera units on these devices perform next to the HTC 10, considering any similarities in the design and manufacturing process.

Two FCC filings from HTC originally appeared in August listing devices with model numbers G-2PW2100 and G-2PW4100, along with a statement that the user manuals can be found at Google’s Nexus product page when they later become available. Given that both model numbers include the letter “G” at the beginning, some speculate that the devices may feature a new naming scheme, given the company’s shift to a self-branded product lineup. 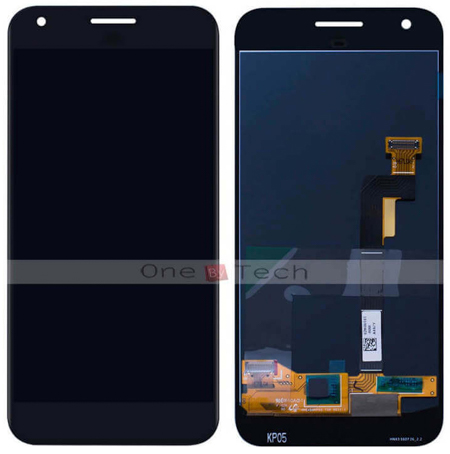 Image source: One By Tech

Recently, the display assemblies for both devices appeared on the eBay store page of One By Tech, a supplier in Hong Kong. The smaller device was shown with a 4.99-inch display, while the larger one is 5.46-inches.

As we wrote last month, the Sailfish device is expected to feature a 5-inch (4.99-inch) 1920x1080 display with a quad-core Snapdragon 820. This chip has two Kryo cores at 2.15GHz, two power efficient cores at 1.60GHz and an Adreno 530 GPU. It will include 4GB of RAM, at least 32GB of storage, a fingerprint reader, a 12-megapixel rear camera, a 7-megapixel front camera, and it should run Android 7.1 at launch.

The Marlin device is expected to feature a 5.5-inch (5.46-inch) 2560x1440p AMOLED display with a quad-core Snapdragon 820 processor, 4GB of memory, at least 32GB of storage and a fingerprint reader on the back. It will include a 13-megapixel rear camera, an 8-megapixel front camera and should run Android 7.1 at launch.

It was also revealed by NexusBlog that Google’s upcoming Nexus devices should be available on the Google Play Store at $449 and $599 for the 32GB models, although other reports suggest higher pricing. It has been reported that Google will offer 128GB options as well, removing the middle 64GB option like a certain competitor did recently, but the 32GB prices are the only ones that have been reported to date.