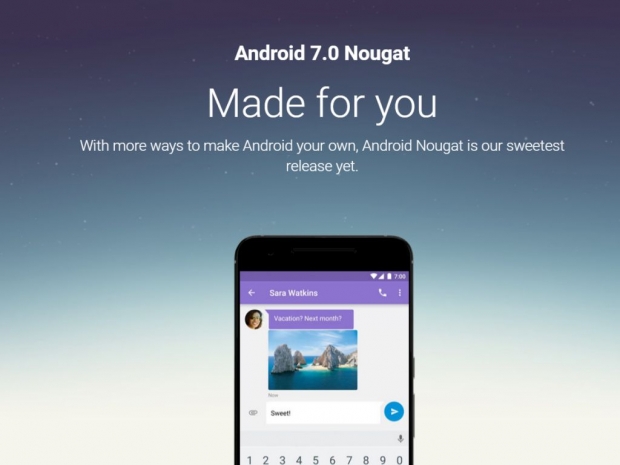 To plenty of Nexus devices

As we said before, Google's Android 7.0 Nougat has now started to roll out to supported devices.

About a month after the Developer Preview version became available, Google's latest mobile OS, Android 7.0 Nougat has started to roll out to some of the first devices. Unfortunately, Google has changed things a bit so there are no new Nexus devices.

The list of supported devices is not long and includes Nexus 6P, Nexus 5X, Nexus 6, Nexus 8, Nexus Player and Pixel C. The update will roll out gradually.

There are plenty of new features in Android 7.0 Nougat including support for Vulkan API, dedicated VR mode, the ability to set multiple locales and languages, new quick app switching via multi-task button, longer battery life, file-based encryption, custom Quick Settings and more, all of which you can check out over at Google's official page.

Google has also confirmed that LG's upcoming V20 smartphone will be the first  to ship with Android 7.0 Nougat OS, directly from the box. 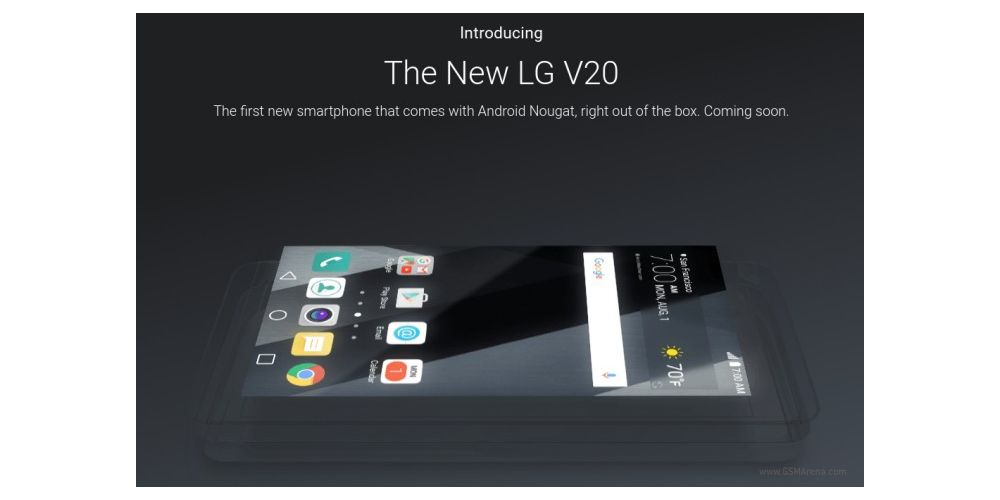 While it did not announce any new Nexus devices, several earlier rumors suggest that two new devices, codenamed Sailfish and Marlin, might be unveiled in September, with a possible release in early October.

Hopefully, other smartphone makers will follow soon and we will see the new Android 7.0 OS on plenty of other devices.

Last modified on 23 August 2016
Rate this item
(5 votes)
Tagged under
More in this category: « Intel concentrates on 5G's backend MIT boffins speed up wi-fi in crowded areas »
back to top