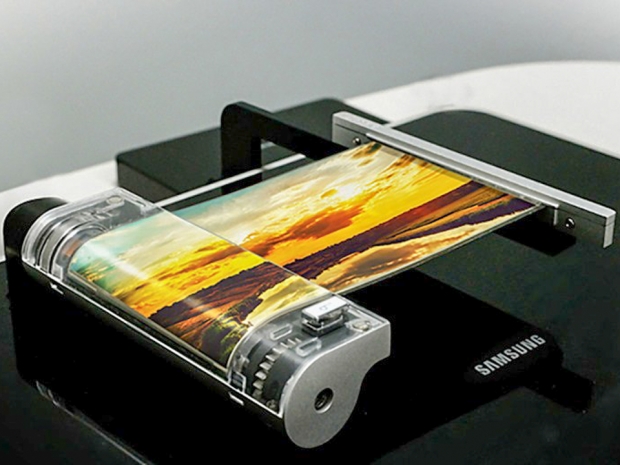 To be featured in upcoming foldable Galaxy lineup

On Tuesday, an image of Samsung’s upcoming foldable 5.7-inch AMOLED display made headlines overseas while the company is getting prepared to unveil a lineup of new foldable and rollable OLED displays this week at Display Week 2016 in San Francisco.

The company has deemed this screen “future display technology” that will likely be featured in a new smartphone lineup next year under the name Galaxy X.

Samsung's foldable screen, which will likely be used in an upcoming "foldable" Galaxy lineup, features a 5.7-inch AMOLED display with a 2,560x1440 resolution weighing 5 grams (0.18 ounces) and measuring 0.3mm (0.01 inches) deep with a radius curvature of 10. The radius curvature specification is a way of saying the display can be rolled into a circle with a 10-millimeter (0.39 inch) radius between the center and outer edges. 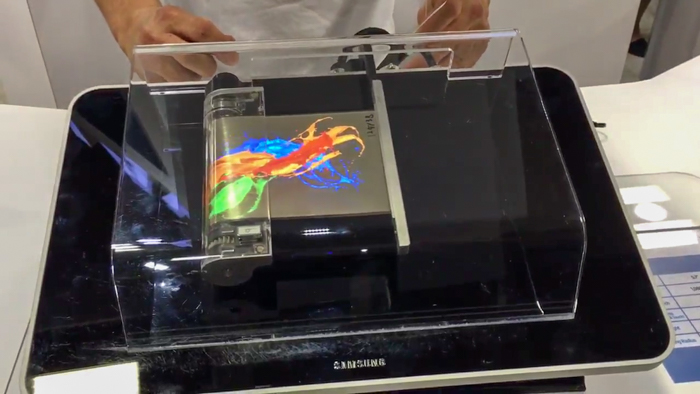 While the display doesn’t feature a 4K resolution, 2560x1440p is still reasonably sharp for a 5.7-inch foldable display. The screen also features an RGB subpixel arrangement.

In May 2015, the folks at SamMobile wrote an exclusive piece detailing a new Samsung Galaxy device codenamed “Project Valley” (also known as Project V) that is now referred to as the Galaxy X. The device is said to feature two foldable 4K (3840x2160p) displays using “diamond PenTile subpixel arrangements” and may support multiple gestures for switching between its two screens. The codename “Project V” suggests the device could fold into a V shape on both sides.

Earlier in January 2016, analysts predicted Samsung would launch a smartphone with a foldable display by second quarter, but this hasn’t quite been the case. Instead, Samsung is preparing to showcase the foldable display technology this quarter at the San Francisco event and will launch new flagship devices throughout next year. Next year’s Galaxy S8, Galaxy S8 Edge, Galaxy Note 7 and Galaxy Note 7 Edge are all expected to feature 2560x1440p Super AMOLED displays, while the Galaxy X will become the first member a new smartphone category with at least one, if not two 4K (3840x2160p) foldable displays.

"Some of the products to be unveiled at the event will serve as an indicator for what kind of technology Samsung will choose for the next Galaxy smartphones and other digital devices down the road," says The Korea Herald.

Meanwhile, some videos have surfaced of Samsung’s foldable display technology being demonstrated at Display Week 2016, organized by the Society for Information Display that promotes the display industry.

Last modified on 25 May 2016
Rate this item
(8 votes)
Tagged under
More in this category: « Windows Phone OS now on less than 1 percent of phones Alleged OnePlus 3 specifications leak »
back to top