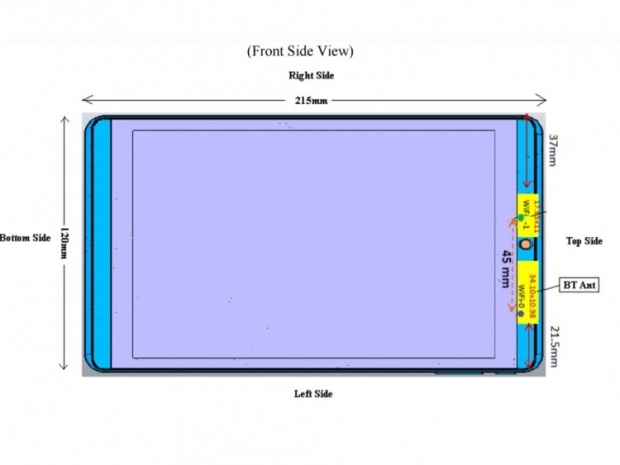 Nvidia’s new SHIELD Tablet filing is dated May 11th and describes an 8-inch tablet named P2290W. The FCC application itself is dated February 23, 2016 and confirms a 5100mAh lithium-ion battery (slightly lower than the current 5197mAh battery), Bluetooth 4.0 LE, as well as dual-band 802.11n/ac Wi-Fi just like the current models. 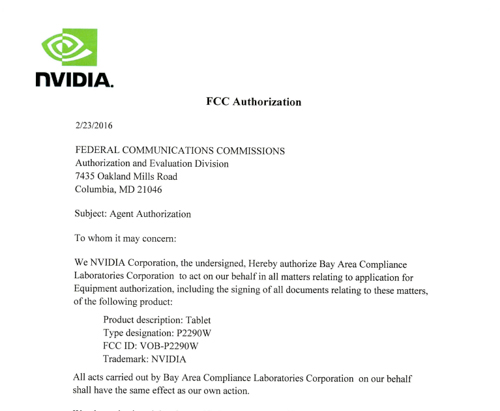 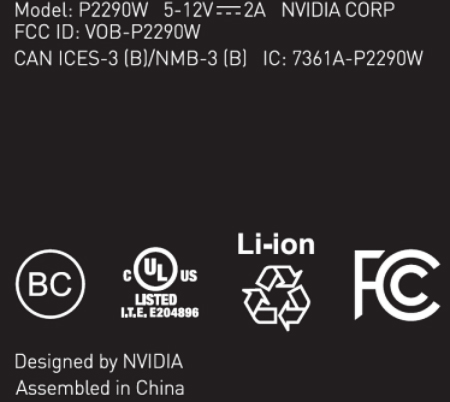 Almost identically, the Shield Tablet (July 2014) and Shield Tablet K1 (November 2015) both measure 5 inches wide, 8.8 inches tall and 0.36 inches thick (221 x 126 x 9.1mm). They also both weigh 390g. The Shield Tablet K1, however, uses rubberized speaker grills on the sides of the display, while the original uses solid plastic. The only other cosmetic difference is that Nvidia’s Shield logo was changed from gloss black to silver on the re-released model. 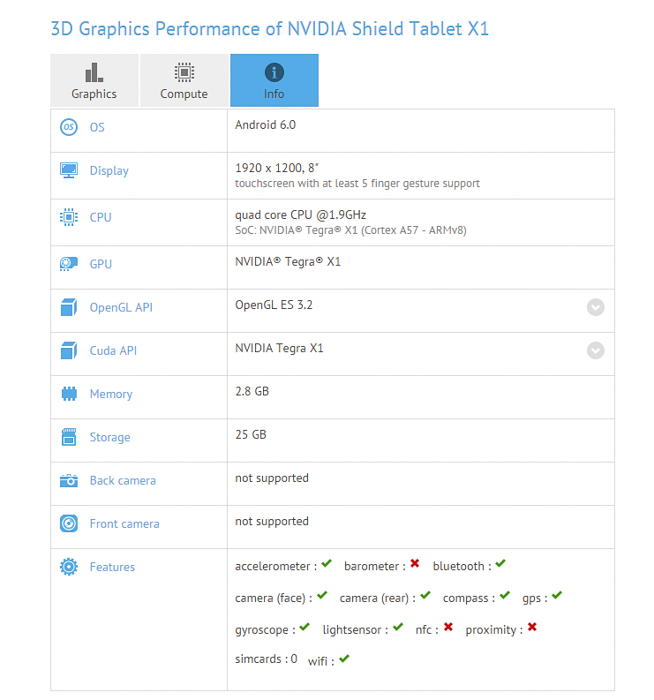 Back in November, information appeared on GFXBench of a device labeled “NVIDIA SHIELD X1,” complete with the same basic specifications as the recent FCC listing – an 8-inch display, 1.9GHz Tegra X1 processor, 3GB of RAM, 32GB of internal storage and Android 6.0 Marshmallow. While it is likely that this new FCC filing could be the same device, there is also the possibility that it’s a completely different one.

Nvidia's Tegra X1, codenamed "Erista," is the same 64-bit ARM-based chip featured in the company’s first-generation Shield Android TV media console that launched in May 2015. It is built on a 20nm process and features eight 2GHz CPU cores – four ARM Cortex-A57 cores and four ARM Cortex-A53 cores in a big.LITTLE configuration – along with a 1GHz, 256-core Maxwell-based GM20B GPU and 3GB of RAM. The chip supports up to 4K (3840x2160p) video at 60fps (H.265, H.264, VP9), up to 1.3 gigapixels of camera throughput and Adaptive Scalable Texture Compression, along with DirectX 12 and OpenGL ES 3.1.

The new 8-inch, Tegra X1 Maxwell-based Shield tablet is expected to arrive sometime before the end of the year.

Last modified on 13 May 2016
Rate this item
(40 votes)
Tagged under
More in this category: « MediaTek isn't buying Intel mobile Apple shares in free fall »
back to top