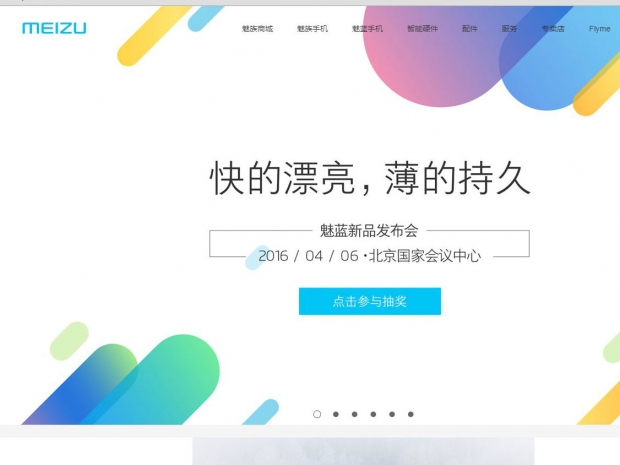 Meziu has announced at its website that there will be an event on April 6th and that the company is expected to release Meizu Note 3 phone. The company has revealed on its official webiste that the phone should be "pretty fast, thin and long-lasting".

This will be a successor to very popular Meizu Note 2 that we tested last year and that MTK6753 octa-core powered phone was a great deal for $150.

The Meizu Note 3 phone will get a nice boost from the Helio P10 2.0GHz clocked octa Cortex-A53 processor and due to its 28nm HP TSMC manufacturing it should get a better battery life too. This is a huge jump from 1.3GHz to 2.0GHz and the GPU will get a big upgrade from Mali-T720MP3 to dual-core 64-bit Mali-T860 GPU graphics at 700 MHz.

Fudzilla suspects that Meizu Note 2 was one of the best selling phones from Meizu in 2015 as it had a great specification and it didn’t cost an arm and leg. Meizu will also give away one Tesla P90 to one of the lucky winners, to spice up the event and it even plans to live stream it.

Last modified on 25 March 2016
Rate this item
(4 votes)
Tagged under
More in this category: « iPhone SE has Qualcomm LTE modem FBI's iPhone 'Hacker" is Apple business partner »
back to top