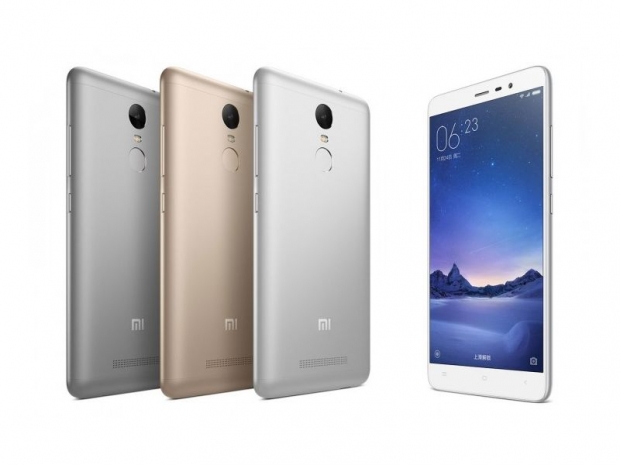 Today is a good day for the Snapdragon 650 Cortex A72-based SoCs. First Samsung announced an A9 and A9 Pro and now Xiaomi has a new phone using the SoC too.

Qualcomm is using Krait cores for its Snapdragon 820 line of processors but the Snapdragon 600 and below are still using ARM Cortex-based processor cores. The Xiaomi Redmi Note 3 uses the Snapdragon 650 hexa-core SoC with two 1.8GHz Cortex A72 and four Cortex A53.

The Xiaomi Redmi Note 2 that we tested, launched with the MediaTek X10 SoC and its successor Xiaomi Redmi Note 3, which we also tested, used the same MediaTek Helio X10 octa-core SoC. These two phones have the same name and have completely different SoC.  The Indian version will have the Qualcomm Snapdragon 650 while the Chinese, South East Asian and Brazilian version will have a MediaTek Helio X10 instead. At some point we are sure that Snapdragon 650 version will find its way to overseas thanks to the various online shops.

Xiaomi likes to use different suppliers and will use the same name for two different products powered by two different SoCs. There is a possibility that the Xiaomi Redmi Note 3 with Snapdragon will be limited to some markets.

Officially Xiaomi only sells to China, India, South East Asian countries and Brazil and not European countries, Austria or USA. However you can pick them up via Gearbest, Geekbuying and similar sites but they are not officially supported by Xiaomi.

The Helio X10 version of Xiaomi Redmi Note 3 is already selling for $177 and it uses the same screen, RAM and storage options, user interface. The only difference we could find is that Helio version uses 13 megapixel while it has the same battery, weight and dimensions. Both phones have metal bodies and have a fingerprint reader.