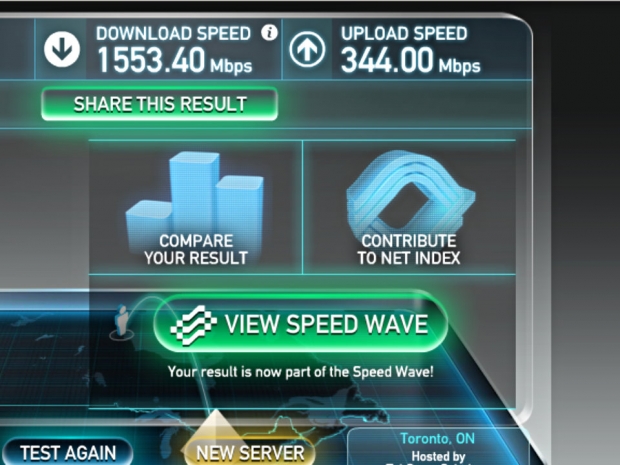 AT&T, the second largest wireless carrier in the United States (as of Q4 2015) and the nation’s second largest advertiser (as of Q1 2016), has just announced that it will begin trials of fifth-generation 5G LTE service later this summer, with the possibility of limited commercial deployments in the first months of 2017.

The company has also said it has begun working with Ericsson and Intel, with intentions to field fifth-generation LTE deployments from fixed locations in Austin, Texas before the end of the year. 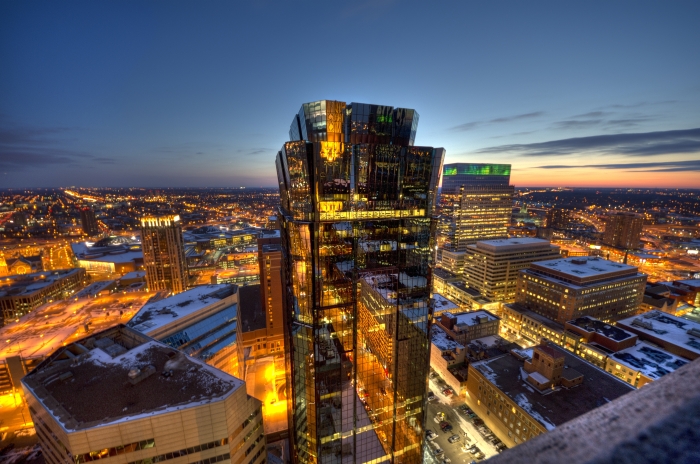 AT&T Tower at sunset in Minneapolis, MN (via HDRealPhoto.com)

In 2015, about 60 percent of AT&T’s mobile web traffic came from video consumption, according to the company. It wants to move forward with 5G LTE as soon as possible to make headroom for the oncoming proliferation of Internet-of-Things (IoT) devices, 4K video streaming, and self-driving cars.

Last month, we wrote about Qualcomm’s efforts to begin bridging the gap between existing 4G LTE networks and next-generation 5G LTE deployments with an interim solution, also known as 4.5G LTE “Advanced Pro,” that is scheduled for deployment between 2016 and 2020. The technology is based on 3GPP’s “Release 13” (March 2016) and “Release 14” (June 2017) and will be an “intermediate” standard before the wireless industry continues with “Release 15” in 2020, also known as the 5G LTE that AT&T wants to begin field testing.

In September 2015, Verizon also announced that it would begin field trials of its 5G LTE network in 2016, with speeds up to 50 times faster than its current 4G LTE network. Both AT&T – the “blue team” – and Verizon – the “red team” – expect to have commercial deployments of their fifth-generation LTE networks by the first half of 2017.

“The driving event there for us is we’re a big broadband provider, we have merger commitments that we’ve agreed to, and we’ve agreed to serve some rural areas with wireless broadband,” said John Donovan, chief strategy officer for AT&T Technology and Operations, in a USA Today interview. “Ultimately as an integrated carrier we have a lot of incentive to [add] any new technology [to our] footprint, particularly if that 5G for fixed usage has better economics than fiber in certain locales.” 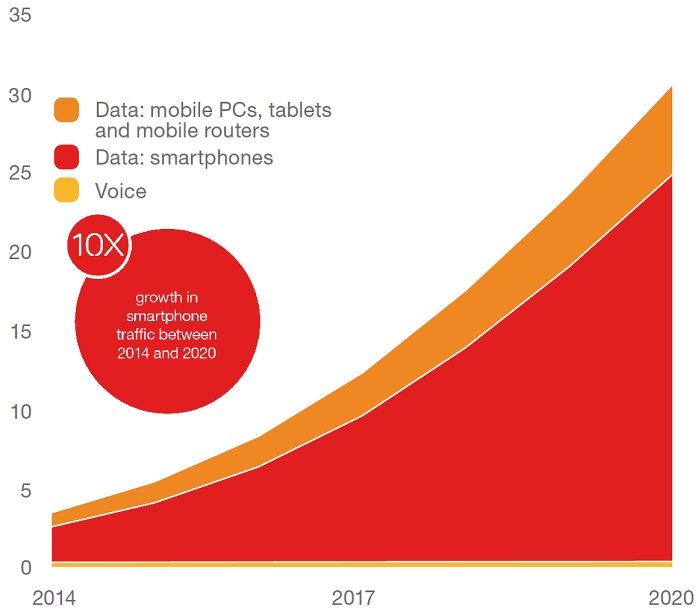 Flexinets.se - Global Mobile Data Traffic Will Increase 45% A Year – Are You Prepared? (July 2015)

Among other fifth-generation wireless technologies being tested by AT&T include millimeter-wave frequency spectrum, or “mmWave” wireless beam-forming arrays. These ultra-high frequencies operate anywhere between 3GHz and 300GHz and could enable multi-gigabit connections because they can use multiple beams to route signals around obstacles.

"We expect 5G to deliver speeds 10-100 times faster than today’s average 4G LTE connections," says AT&T. "Customers will see speeds measured in gigabits per second, not megabits. For reference, at one gigabit per second, you can download a TV show in less than 3 seconds. Customers will also see much lower latency with 5G. Latency, for example, is how long it takes after you press play on a video app for the video to start streaming on your device. We expect 5G latency in the range of 1 to 5 milliseconds."

3GPP is expected to have LTE "Release 15" standardized by 2018, at which point AT&T is expected to begin offering its first "native" 5G LTE deployments (anything within "Release 15" and beyond) in very limited markets. In all likelihood, however, the standard probably will not become available to wide global audiences until the second half of 2019 or early 2020. 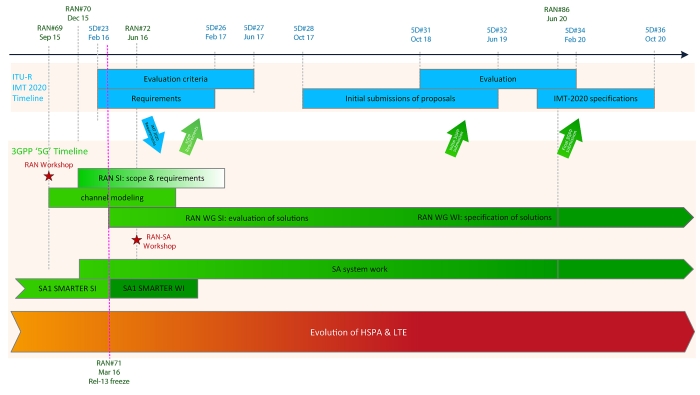