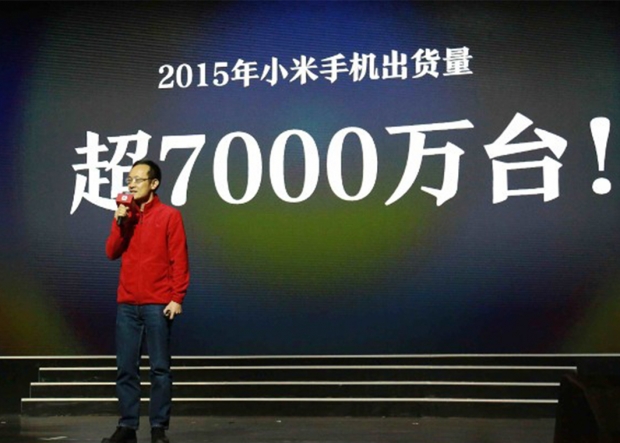 But what is 10 million between friends?

The Western Press is having a field day after Xiaomi failed to meet its rather ambitious target of flogging 80 million handsets in 2015.

Smartphone maker Xiaomi admitted that it had shipped more than 70 million handsets in 2015 which given the fact it was peddling phones in a depressed market and didn't even exist five years ago whe thing is pretty good.  Xiaomi is doing its best to put some positive spin on the numbers.

A photo featuring Xiaomi President Lin Bin which was posted on the company's microblog with the banner: "2015 Xiaomi cellphone shipments: Over 70 million!"

He had previiously claimed that the company would sell  80-100 million, but then in July reported semi-annual sales that for the first time were lower than the previous six months. Xiaomi has discovered that its main domestic market was saturated. Getting 70 million is preety close to the ambitious target.

What is strange about this news is that the Tame Apple Press is cheering that the news was proof that Apple will win in China as Xiaomi was seen as its only rival. This is rubbish of course, but it does not stop Reuters repeating it. The best that Apple could have sold in China was 20 million. Xiaomi’s main rival is Lenovo and Huawei who are also ahead of Apple.

Xiaomi's annual sales growth for the year was now 14.5 percent, he said, still above the average overall annual market growth rate of 12 percent. Shah forecast 2016 growth at 16 percent, based on expectations that Xiaomi will start sales in the United States, Latin America and Eastern Europe.

Last modified on 15 January 2016
Rate this item
(2 votes)
Tagged under
More in this category: « Hands on with Huawei's Mate 8 and Nexus 6P at CES 2016 Details of last Lumia leaked »
back to top