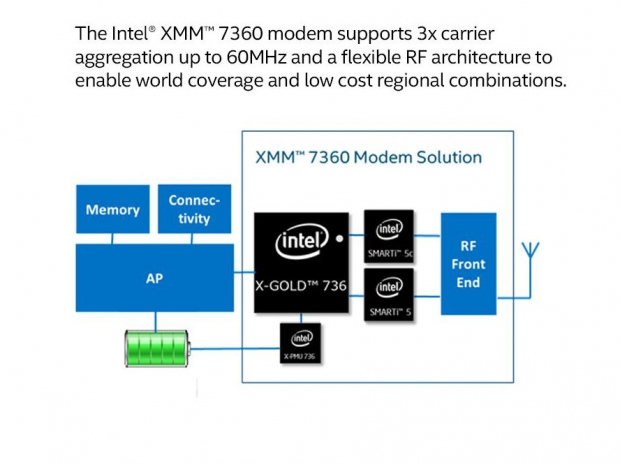 Intel will be under the bonnet of the next generation iPhone C with its modem design. The company won't score the big iPhone 7 as this is in the safe hands of Qualcomm, Fudzilla can reveal.

Intel has reached an agreement to build its wireless modem inside of the consumer version of the iPhone. This phone has a smaller screen than the 4.7 –  probably 4.0 inches.  It  should launch in early 2016.

It is hard to say if Apple plans to use iPhone 6C or iPhone 7C brand and we will stay away from the naming anything until we get something solid. Our sources in the Silicon Valley want to remain unnamed as Apple doesn’t really like big leaks.

Intel has minions  working on modem for the iPhone. Intel desperately wants this deal and probably made an offer to Apple that the company could not refuse. The company has a few modems that Apple might want. The most likely choice is the Intel XMM 7260 / XMM 7262 slim modems with LTA Advanced support. Both modems support Cat. 6 LTE-Advanced, 22 bands at 300 Mb/s including world support.

The latest generation Cat 10. Intel XMM 7360 is an option in case Intel decides to dramatically reduce the price of the modem. This would without a doubt be the most important deal for Intel's wireless LTE 4G division.

Our sources say that only way that Apple would drop the Intel modem from the iPhone (insert number) C is if Intel gets terribly late. So far our sources are quite sure that Intel gets the C, but not the next generation big – expensive iPhone.