Tame Apple Press trying to pin a bendgate on Nexus 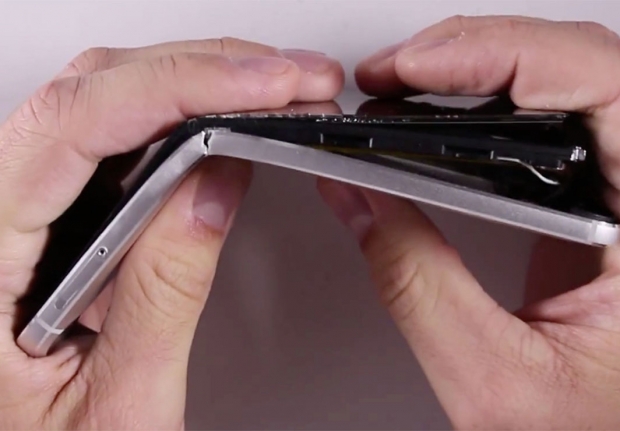 Snapped it in half

The Tame Apple Press is rubbing its paws with glee after news leaked out that it is not just the iPhone that bends.

It has taken a while, but at last an Android phone, the Nexus 6P also bends under pressure. Of course Apple fanboys feel vindicated, after all Apple did invent the bending phone first.

In this case the Nexus 6P did not just bend, it snapped in half. As the Tame Apple Press pointed out this is not a great feature for a $499 phone and you should never buy it when you can get a phone that bends from your Icon store for twice the price.

The IPhone bent easily but it did not snap in two, they point out.

To be fair though, before the Nexus snapped the review had to weaken the screen with lighter and a Stanley knife. These are not conditions you find in a person’s pocket or if you do you really need help, or an exorcist.

The Nexus is apparently structurally weak right around the power button so it will do an IPhone if you stick it in the back pocket and sit on it.  Even the Pro-Apple Verge felt the test was stupid.

Still people bought the iPhone 6 knowing that it bent under pressure. The Iphone also cost a lot more than the Nexus 6p so you got what you pay for. The Nexus is still the best Android phone for the price so all we are saying is don’t bend it and take a blow torch to it otherwise you will snap it in half.

More in this category: « PuzzlePhone promises rival for Project Ara Wales wants Apple to stop selling iPhones in UK »
back to top