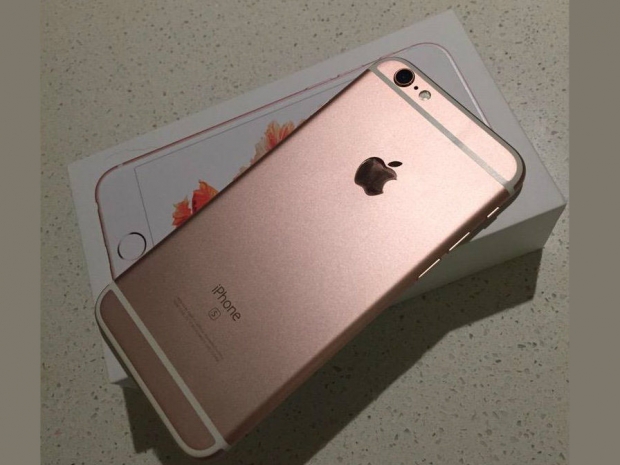 A lucky lady from San Diego got her iPhone delivered four days before the launch date and her husband was nice enough to do some benchmarking.

They took some photos and videos in 4K and took the new A9 CPU for a benchmarking ride. They confirmed the 2GB RAM, 1.8 GHz core clockspeed. The A9 processor has 64 KB L1 cache for data, 64 KB L1 cache for Data, 3 MB L2 cache. This is a significant increase in clock speed if you take into account the iPhone 6's A8 was running at 1.4GHz. 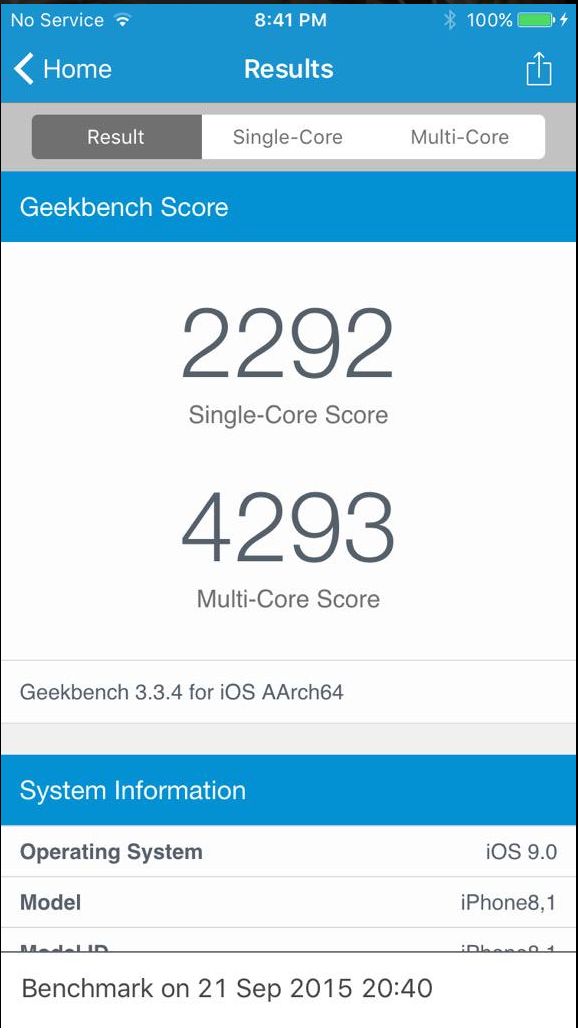 The same Adrienne @ MoonshineDesign scored 24842 in 3Dmark Ice Storm Unlimited. The Snapdragon 810 with Adreno 430 graphics scores 21,625. We are certain that the new Adreno core inside of Snapdragon 820 can score more that Apple A9. 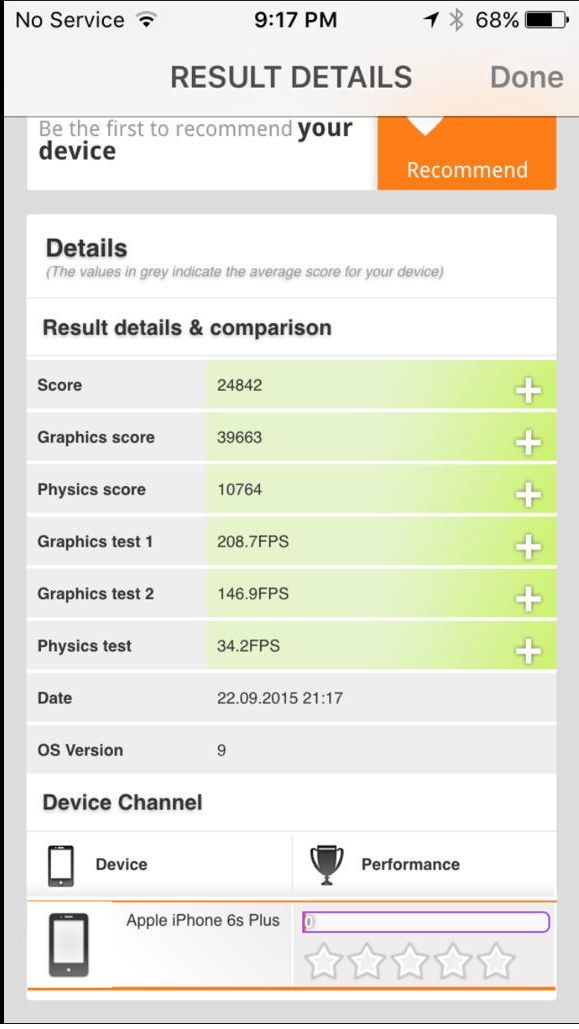 Last modified on 23 September 2015
Rate this item
(2 votes)
Tagged under
More in this category: « Apple tells users to "hit the road jack" Huawei’s Nexus isn’t the only hot Chinese phone launch »
back to top