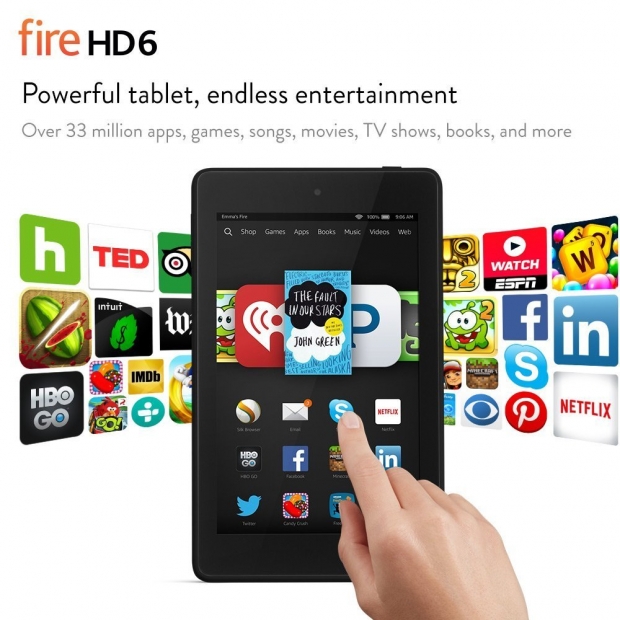 Cheapest Admission to Amazon's Shop Yet

A new 6" tablet from Amazon is incoming at a price of just $50. We believe it's coming with a MediaTek chip. Other specs to be confirmed.

Internet is ablaze with commentary after the Wall Street Journal discovered that Amazon is working on the next generation of its 6" Android tablet. The biggest news is that it's expected to hit the magical price of $50, or less.

While we have yet to find out much of the specification, including the screen resolution, even the exact size somewhere in the range between 6 and 6.5", we are quite confident it will be powered by a MediaTek chip. How much RAM it will have to play in, or storage for that matter, we'll let you know as soon as we hear more.

Now, the cheapest Amazon tablet at the moment is also a 6 incher. But it comes at twice as many dollars. And our journalist colleagues all over the Internet are beating the keyboards thinking about how the new price point will be reached. And what compromises will have to be made.

We would like to point out that extremely affordable tablets with really great specs, for the price, are routinely made by quite a few companies in China.

You can buy a higerh-than-FullHD resolution 8" tablet with an IPS screen, 2GB of RAM and 32GB of storage, SD card compatible and running both Android AND Windows 8.1. Upgrade to Windows 10 comes for free. We've reviewed this tablet here.

Don't let Amazon's HQ address in Seattle, Washington fool you. Their tablets are made by basically the same factories as the Chuvi tablet mentioned above.