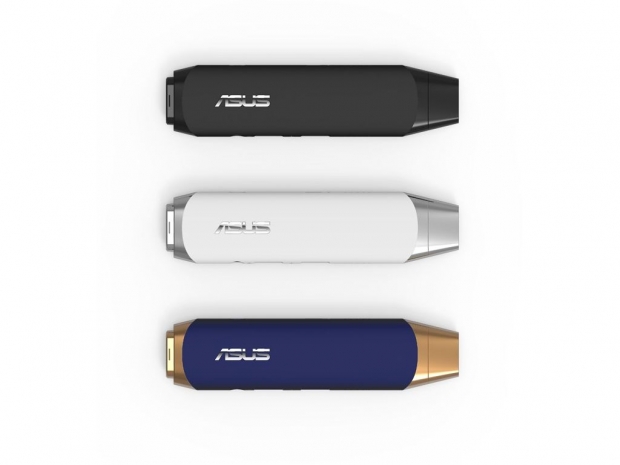 Get your PC on a stick

In addition to a crazy liquid cooled notebook and a crazy looking router, ASUS has unveiled the new VivoStick mini-PC at the IFA 2015 show in Berlin.

Designing a PC on a stick is not an easy task today with Chinese manufacturers flooding the channel with such devices but it appears that ASUS got it right, with right specifications, OS and the right price.

Based on Intel's Cherry Trail SoC, the ASUS VivoStick will pack 2GB of RAM, 32GB of internal storage and pretty much any other feature that you might need on such a device and some more. In addition to pretty much standard 802.11bgn WiFi, Bluetooth 4.0 and USB 2.0 port, the VivoStick will also have a USB 3.0 port, headphone jack and an integrated speaker, something that we haven't seen on such systems so far.

As noted, the VivoStick will be running on Windows 10 OS, which is a nice bonus and will have a US $129 price tag. Unfortunately, ASUS did not reveal any precise availability details.