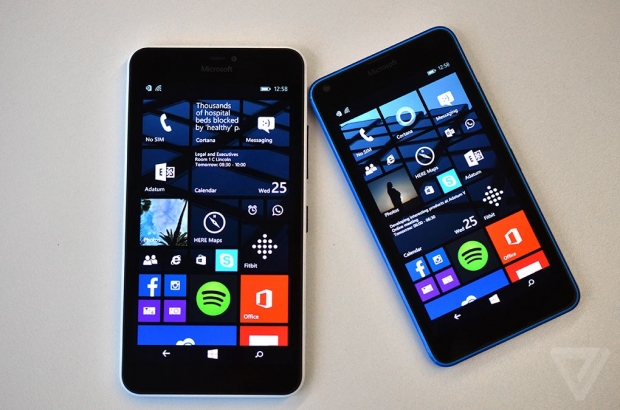 While there have been shedloads of lower-end Lumias these beasties have bigger screens which makes them more useful.

The Lumia 640 is priced at £169.99 on the Microsoft Store, although it's currently available only in orange or black.

The spec is pretty impressive for the price. There is a 5-inch ClearBlack IPS LCD with HD (1280x720px) resolution and Corning Gorilla Glass 3, a Quad-core 1.2GHz Qualcomm Snapdragon 400 processor with a 1GB RAM.

It has 8GB onboard storage (plus microSD support up to 128GB) and a backside illuminated 8MP rear camera with LED flash and 1080p video recording.

The Lumia 640 and 640 XL are also the first handsets to come with a free one-year Office 365 Personal subscription for your PC, worth £59.99; previously, this offer had been available exclusively on small Windows tablets and entry-level notebooks.

Rate this item
(2 votes)
Tagged under
More in this category: « ZTE Blade S6 Plus available worldwide on eBay Aluminium charges in a minute »
back to top