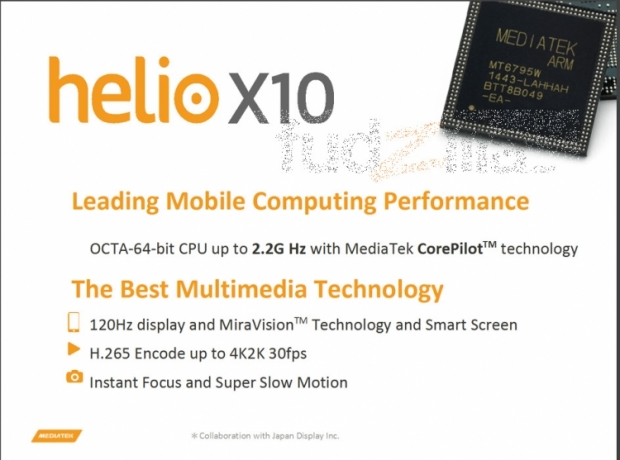 MediaTek is going through a big branding transition, so in the future we will see more emphasis on the new Helio brand than on the model numbers such as MT6795.

We saw a similar play a few years back when Qualcomm introduced Snapdragon. Intel did the same thing two decades ago with Pentium, followed up by and Core brands replacing the x86 number-only brands. Mediatek told us that Helio X10 replaces the MT6795 and this is the octa-64 bit CPU with eight cores up to 2.2GHz. It also comes with Core Pilot technology and first phones using it are hitting the market right now. The HTC One E9+ should be one of the first smartphone to come with this SoC.

MediaTek is using Helio X for Extreme performance parts and Helio P for Premium Performance. We remember than Johan Lodenius, Corporate Vice President and Chief Marketing Officer (CMO) at MediaTek, talked to us about this "sweet-spot" market that the Helio P would cover.

The future is bright, as the new Helio part is coming soon in 20nm with a Cortex A72 CPU, with Core Pilot 2.0 technology. There are not a lot of details out there, but the new Helio should be more powerful and more efficient, boasting MiraVision Plus image quality technology as well as a 3rd generation LTE modem with carrier aggregation.

14nm still to expensive, but 20nm is not

A few might wonder why MediaTek didn’t immediately go after 14nm from Samsung / GlobalFoundries or 16nm TSMC SoC but Mohit Bhushan, Vice President and General Manager of Corporate Marketing, US, explained that the manufacturing cost is important to watch out for too. The 14nm node might be the most advanced process on the market, but it is the most expensive too. The other part of the story is that yields of the new manufacturing nods are usually not as good as the more mature nodes such as 28nm, or even 20nm.

We saw a tablet version of Cortex A72 at the Mobile World Congress and since the MediaTek MT8173 Quad Core SoC was running Android 5.0 just fine, it was a matter of time for the company to made a mobile phone SoC based on Cortex A72 cores. We wrote about MediaTek's Cortex-A72 smartphone plans last week.