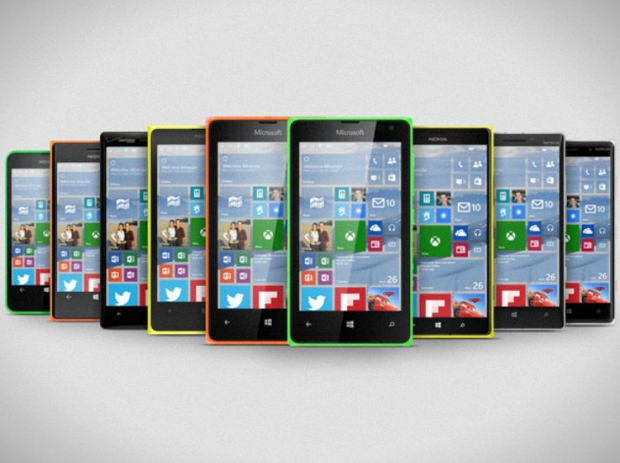 Windows 10 strides to be innovative

Upcoming Lumia phones could launch with a few industry firsts, all in an effort to differentiate them from the rest of the pack and make Windows 10 phones look and feel more innovative.

Microsoft has already made it clear that it will not introduce any new flagship phones until Windows 10 is ready to go. This means it will probably be a few months before we see the next Lumia in action. We are still not sure about branding, but Lumia 940 sounds about right.

According to a source familiar with the matter, Microsoft’s new flagship will include couple of innovative features. While a lot of manufacturers are already turning to biometric security in the form of fingerprint sensors, Microsoft appears to be taking a different approach.

The company is said to be working on an iris scanner instead. The advantages of using an iris scanner are more or less obvious – the user would not have to touch or swipe the sensor, so it could work with gloves and other scenarios where fingerprint scanning doesn’t make sense. Of course, there are some drawbacks as well, i.e. you’ll have to take your sunglasses off. We were told that Microsoft’s approach also relies on near-infrared imaging, so it should work in low light as well.

The second curious feature is a dock. Information is limited, but the Lumia 940 may be the first Windows phone to support docking, so it could be mated other devices, or even function as a standalone computer in some scenarios (like Motorola’s ill-fated Atrix concept).

The phone is also said to have a clever way of figuring out whether the user is left- or right-handed, using a few sensors and software tweaks.

Like all Windows phones, the upcoming Lumia 940 will be based on Qualcomm silicon. Previous rumours suggested Microsoft would employ the 28nm Snapdragon 805, but we’ve heard the 20nm Snapdragon 810 is in play as well.

This is where it gets a bit tricky (and confusing). The original spec leaked months ago, but in the meantime Microsoft said it would not launch flagship hardware until Windows 10 is ready. In other words, it is possible the final product will feature somewhat different internals to make up for the delay. This would explain why the Snapdragon 810 is no mentioned in lieu of the 805. Another possibility is that the first leaks were fakes.

The phone is also expected to feature a camera sensor in the 20MP to 30MP range, with three LEDs. We could not confirm the exact megapixel count, either.

The exact spec still remains unclear and bear in mind that we were not able to confirm the latest leaks by more than one source.

Last modified on 12 March 2015
Rate this item
(11 votes)
Tagged under
More in this category: « MediaTek to reap benefits of Chinese smartphone push New iOS update has nasty surprises »
back to top