HTC One E9 and M9 plus spec looks good 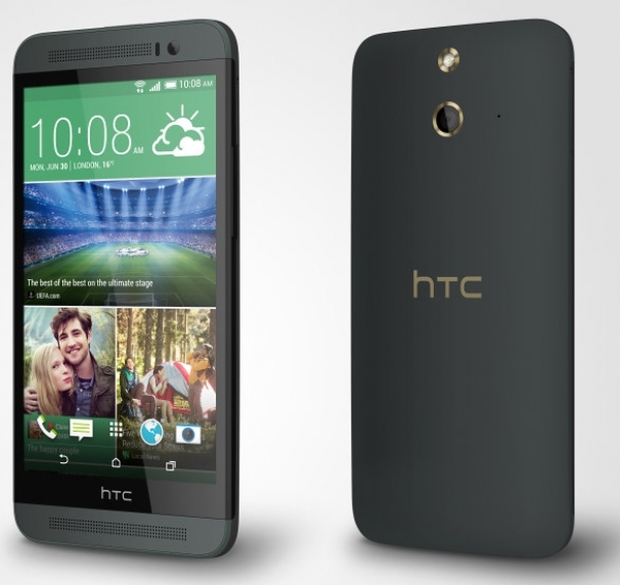 Both rely on MediaTek 6795 SoC

HTC will be launching two cool phones to follow up the HTC One M9 release. The flagship phone looks good and performs quite well, powered by a Qualcomm Snapdragon 810. We could not get to overheat it doing our time with the device.

The value proposition will be known as HTC One E9 A55 and it was codenamed as Hima ACE. The HTC One E9 A55 has a 5.5-inch screen with WQHD resolution 2560x1440. It is powered by MediaTek MT6795 SoC clocked at 2.0GHz and this is of course a 64-bit chip. The chip is powered with four Cortex-A57 cores clocked at up to 2GHz and four efficient Cortex-A53 cores.

The phone comes with 3GB RAM, 32GB storage, 20-megapixel rear camera and a 13-megapixel standard front camera, or 4-Ultrapixel camera for the higher end version. You can also expect Boom Sound, Bluetooth 4.1, and Android 5.0 Desire 7.0. The phone should launch before the end of March, at least in some countries like China.

The successor of HTC One Max is called HTC One M9 Plus (HIMA_ULTRA). The phone also uses the MediaTek MT6795 SoC, but has a 5.2-inch screed with the same WQHD 2560x1440 resolution. It comes with 32GB storage, fingerprint sensor, dual 20.7-megapixel cameras and a 13-megapixel front camera. It comes with BoomSound, Bluetooth 4.1 and a 2840mAh battery.

There will be an accessory called HTC DotView HC M240 and Leather Case HC C1161 for this phone too. The price is expected to be around 4000 yuan in China. That translates to 638 USD / 594.10 Euro at the current exchange rate. It is interesting that HTC is moving away from its Snapdragon-only strategy.

They both look like interesting phone and this is a major win for MediaTek and its new 64-bit octa-core.

Last modified on 10 March 2015
Rate this item
(3 votes)
Tagged under
More in this category: « Samsung's in-house modem developed over 7 years Conrad sells Huawei Honor 4X for €109 »
back to top