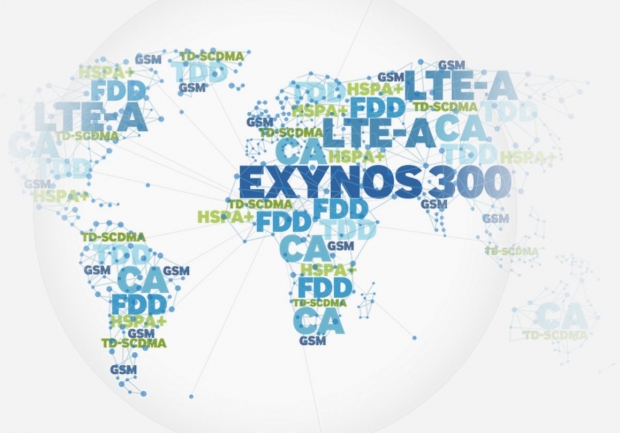 Samsung's Exynos 7240 is a little miracle, and being the first mobile 14nm SoC in the market has its own benefits.

Having only a SoC doesn’t help much, as you also need to have an LTE-capable modem in order to become a player in European and US markets. Some parts of Asia still don’t need LTE, but it is becoming more relevant there, too. This goes hand in hand with the future-proof concept, whereby customers want a phone that will last and will get them access to LTE when it becomes available in their countries. There is no doubt that the Exynos 7240 with 14nm, octa-core and DDR4 memory support is quite a nice chip, but what about the modem?

According to industry sources, the Exynos Modem 333 was in development for more than seven years. Samsung has gathered a lot of LTE engineers in San Diego labs and started working on this project. As you can see, it took them years to develop a modem that the company calls Exynos 300 series.

The San Diego labs got the necessary qualification for Samsung's LTE modem in many countries, but we hear that that might be a Galaxy S6 version with a Qualcomm modem inside too. The Cat 6 modem that works together with the new Exynos is 2014 technology. Qualcomm has a Cat 10 modem ready, as this is the latest and greatest standard shipping to customers. It is called Qualcomm Gobi 9x45 and it is based on the second-generation 20nm node. The Qualcomm modem offers up to 450Mbps Downlink 3x Carrier Aggregation and up to 100Mbps Uplink 2x Carrier Aggregation, and can be considered the most advanced modem around.

The fact that the Exynos 300 series modem was developed in San Diego is no surprise. San Diego is the headquarters of Qualcomm and one can imagine that most of the Exynos LTE modem people came from Qualcomm.

Last week at the Mobile World Congress 2015 Qualcomm demonstrated Cat 11 modem with 600Mbit download speeds, while the Exynos 300 series modem can deal with LTE Category 6 download speeds of up to 300Mbps. This is not something you could see at the Galaxy 6 press event, and definitely not something that Samsung wants advertised.

There is no doubt that the Samsung 300 series modem with Galaxy S6 and S6 Edge will do just fine, especially considering that at best most world LTE provides support Cat 4 LTE speeds up to 150Mbps, and end customers usualy cannot come close to these speeds. Still it won't be the world's best modem with support for the latest standards.

Last modified on 10 March 2015
Rate this item
(1 Vote)
Tagged under
More in this category: « ZTE and Huawei jump value phablet bandwagon HTC One E9 and M9 plus spec looks good »
back to top