In addition to the Lumia 2520 tablet and the mid-range 1320 6-inch phablet, Nokia has also unveiled its higher-end Lumia 1520 6-inch Full HD phablet during its annual Nokia World Conference held in Abu Dhabi. Taking up the higher-end market segment with US $749 ex. VAT price tag, the Lumia 1520 packs some quite impressive features, including a 20-megapixel PureView camera with OIS, quad-core Qualcomm Snapdragon 800 chipset and a beautiful 1920x1080p 6-inch ClearBlack IPS screen.

Nokia Lumia 1520 will actually be the first Windows Phone OS based smartphone that will be powered by Qualcomm's quad-core Snapdragon 800 chipset clocked at 2.2GHz. The flagship SoC is paired up with 2GB of RAM and 32GB of built-in storage expandable via microSD card slot.

Thanks to "a bit more" real estate on the 6-inch 1080p screen (368ppi), Nokia also managed to put a third column of Live tiles. Design-wise the new Lumia 1520 looks a lot like the Lumia 1020, except from the actual size and the camera hump on the back. The precise dimensions are set at 162.8 x 85.4 x 8.7 mm, and it weighs 209g. It will be available in black, white, red and yellow colors and uses poly-carbonate body made from recycling so it is even more eco-friendly.

Speaking of snappers, Lumia 1520 packs a quite impressive 20.7-megapixel PureView rear camera with 6-lens Carl Zeiss optics, optical image stabilization and dual LED flash. The rest to the specs include, LTE, HSDPA, HSUPA, NFC, 802.11a/b/g/n/ac WiFi, Bluetooth 4.0 and USB 2.0 for connectivity, front 1.2-megapixel front camera, 3400mAh battery, Windows 8 OS with Lumia Black software pack and all the other features and goodies that you would expect to find on a high-end smartphone/phablet.

The new Lumia 1520 definitely looks impressive but we'll wait a bit longer to see some official reviews. According to Nokia, the Lumia 1520 should be available as of next month with a US $749 price tag without region tax or carrirer subsidies. 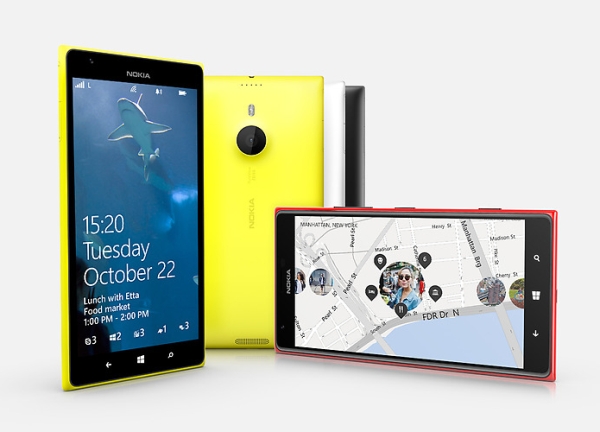 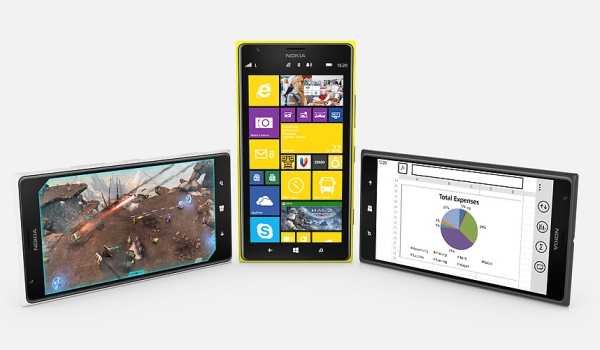 Last modified on 22 October 2013
Rate this item
(0 votes)
Tagged under
More in this category: « Nokia announces Lumia 1320 phablet EE cashes in on 4G »
back to top