But it’s too early to call it that

Apple says it managed to ship nine million new iPhone 5S and 5C units over the launch weekend, but the usually tame press is already calling for a recount. The figures include China, which was not a launch market last year. Furthermore, Apple did not break down the numbers, so we don’t know how many iPhone 5Cs are in the mix.

However, Analytics outfit Localytics has crunched the numbers and found that 3.4 iPhone 5S units are activated for every iPhone 5C. The numbers only apply to US carriers and the situation appears to be even worse in the rest of the world. The iPhone 5S is outpacing the 5C by a factor of five in Japan and internationally the average rate appears to be 3.7x in favour of the iPhone 5S.

Few people expected the iPhone 5C to be a runaway success and we’re reading a lot of “we told you so” pieces from pundits across the globe. However, it should be noted that it is still way too early to call the iPhone 5C a flop. First of all, Apple never introduced two new phones, so it is impossible to put the numbers in perspective.

It all leaves the 5C in a pretty pickle. It is not much cheaper than the vastly superior iPhone 5S, but at the same time it costs the same, or even more, than the all metal iPhone 5. While the 5S is running out of stock all over the place, the 5C is widely available. Last week the Guardian reported that pre-orders for the 5C in Britain were 60 to 70 percent lower than what mobile networks were expecting. 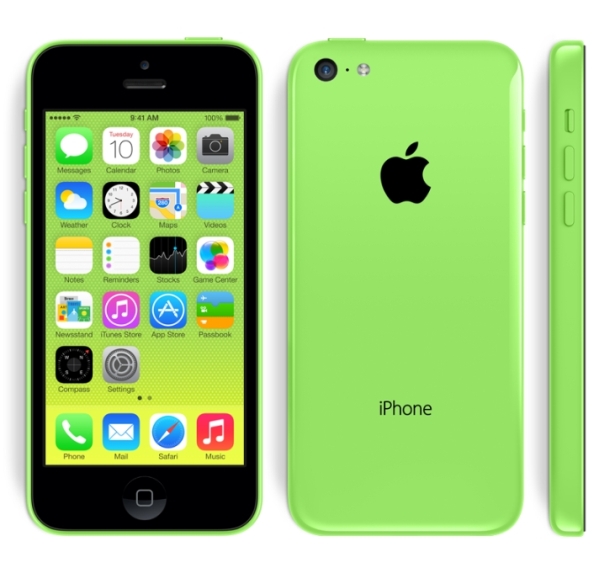 So, why aren’t we just calling it a flop? Well, the iPhone 5 is still on sale and in some markets it is even a bit cheaper than the iPhone 5C (off contract, of course). In some European markets the difference is up to €50, or about 10 percent of the retail price for the 16GB model. People who were waiting for the iPhone 5S just to get an iPhone 5 at a discount are probably doing just that – getting them while stocks last. All the focus is on iPhone 5C and 5S sales, but in reality iPhone 5 sales would tell us a lot more, yet nobody is counting. As long as the iPhone 5 is in stock it’s next to impossible to come to any conclusion. Yes, you read right, when everyone is looking for a polite way to call an Apple product a flop, Fudzilla is defending it - it's just too early to call.

With all that in mind, we can’t but wonder who on earth is buying the iPhone 5C?

According to iPhone Stock Checker, 46 percent of iPhone 5C units sold so far were pink, while 32 percent were blue. In other words, if it weren’t for Justin Bieber fans and fashionistas who view phones as shiny accessories, the iPhone 5C would be doing a lot worse. Green makes up for just 12 percent, while the understated candy white version (our favourite) accounts for just 9 percent of all units shipped. The hazmat inspired yellow version has a one percent share, so if you really want to look and think different, get the yellow one.