Fans of phablets should rejoice as Samsung has finally unveiled its new Galaxy Note 3 at a pre-IFA 2013 press conference. Built around a 5.7-inch Super AMOLED screen and powered by either Samsung's own Exynos 5 Octa or Qualcomm's Snapdragon 800, the new Galaxy Note 3 is certainly a shining star in the phablet market.

The main part of the Galaxy Note 3 is its 5.7-inch Super AMOLED 1920x1080p screen that takes up most of the 151.2x79.2x8.3mm dimensions. It also features support for the new S Pen. It weighs 168 grams and it features 3GB of RAM, which is more than any current smartphone or phablet on the market and will ship in 32GB and 64GB storage options expandable by up to 64GB microSD card.

The main rear 13-megapixel camera is transplanted from the Galaxy S4. The rest of the specs include LTE support, 802.11ac WiFi, GPS/GLONASS, Bluetooth 4.0, MHL 2.0 port, IR LED for remote control and NFC as well as 3200mAh battery that, according to Samsung, provides 40 percent more video playback than the previous Note.

It runs on Android 4.3 with Samsung's own Nature UX overlay and comes with a new S Pen stylus that gives it "additional functionality". The new S Pen features are called Smart Freedom and it launches a circle with five actions including Action Memo, Scrapbook, Screen Write, S Finder, Pen Window when you press a button on it as well as some other neat features. 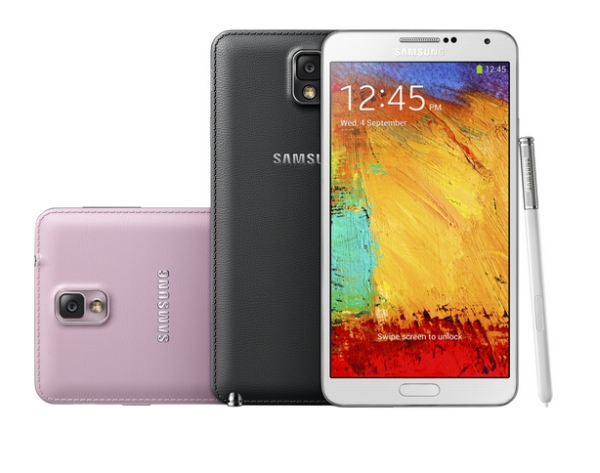