During its pre-IFA 2013 press conference in Berlin, Germany, Sony officially unveiled its new Xperia Z1 flagship smartphone that was previously internally reffered to as the Honami. In addition to a new 5-inch 1080p flagship smartphone, Sony also announced two new QX lens-style cameras made for Xperia Z1 and Z, as well as any other smartphone for that matter.

The new Xperia Z1 smartphone is the true flagship that we were honestly waiting for Sony to announce for a long time. While Xperia Z was decent and brought a change in Sony's Xperia design, the new Xperia Z1 certainly takes it a completely new level in areas where Sony should trully shine. A mere 8.5mm thick, the Xperia Z1 features a solid one-piece aluminum frame and tempered glass on the front and back, as well as the same IP85 certification that makes it dust proof and water resistant to up to 1 meter of depth.

It features a 5-inch 1080p screen and is powered by Qualcomm's high-end Snapdragon 800 chipset clocked at 2.2GHz and Adreno 330 GPU, as well as 2GB of RAM. The 5-inch 1920x1080 screen features Sony's new Triluminous technology and definitely a move forward when compared to the previous Xperia Z flagship. It also comes with 16GB of internal memory expandable up to 64GB via microSD card slot, non-removable 3000mAh battery, Android 4.2 with custom skin and PlayMemories Online app, TrackID, InfoEye and more.

The most important feature of the Xperia Z1 is definitely its rear main camera with 20.7-megapixel Exmor RS 1/2.3" sensor placed behind 27mm wide angle lens, with F2.0 apearture and BIONZ for mobile ISP. It will, according to Sony, offer "world's leading camera in a smartphone" as well as bring features like "3x clear zoom" and bunch of other features including an ability to shoot up to 61 pictures in just 2 seconds in burst-mode.

In case you are wondering, the precise dimensions are set at 144.4 x 73.9 x 8.5mm and weighs 170g. According to Sony, the new Xperia Z1 will be available in black, white and purple colors and should hit store shelves this month. Unfortunately, Sony did not reveal any details regarding the price but we are sure we will see it soon enough. 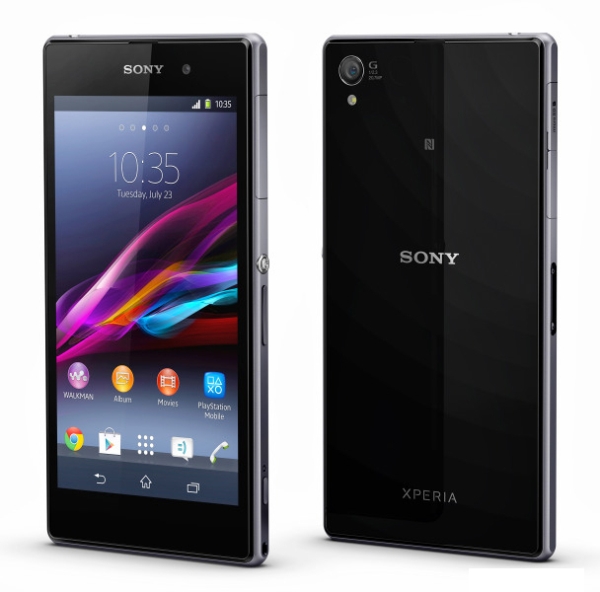 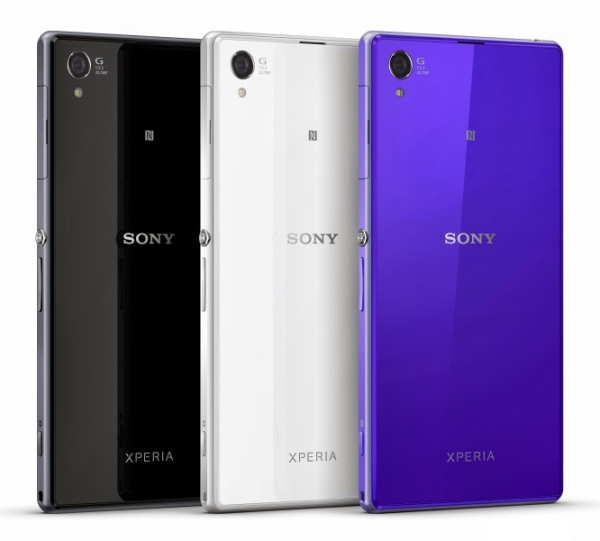