Gets improved CPU and rest of specs

Asus has already announced that it will storm IFA 2013 with new PadFones, FonePads and the 5-inch MeMOFone. It has now officially unveiled the new Fonepad 7 that will get an improved CPU, camera and front facing speakers.

Design wise, the new Asus Fonepad 7 still looks a lot like its predecessor and features the same 6-inch 1280x800 IPS screen but with much better specifications, including a faster Atom Z2560 dual-core 1.6GHz clocked CPU paired up with 1GB of RAM. It also feature a 5-megapixel rear camera with F2.4 lens, 8GB of internal storage expandable by microSD card slot as well as improved dual front-facing speakers with SonicMaster technology.

Asus has announced that the new Fonepad 7 is in development and we are quite sure that it will show it off at IFA 2013, so we will certainly hear more about it. Of course, Asus will also be showing a bunch of other quite interesting devices as well. 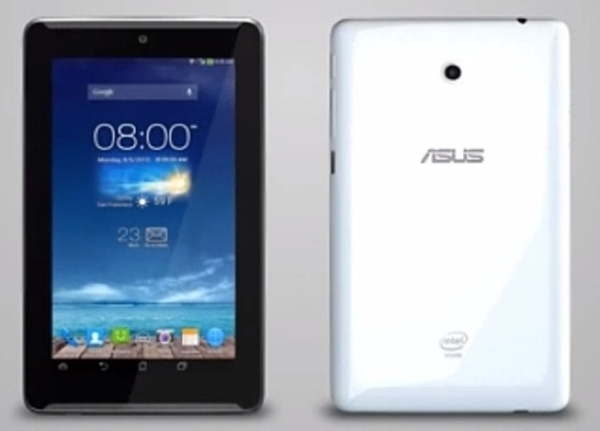 Last modified on 04 September 2013
Rate this item
(0 votes)
Tagged under
More in this category: « HTC unveils new Desire 601 and Desire 300 smartphones Tegra 4 confirmed for Surface 2 tablet »
back to top