Galaxy Note III is the star of the show

Samsung has just sent out invites for its Unpacked 2013 Episode 2 event that will kick off in Berlin on September 4th, just a few days before the IFA 2013 show opens its door in the same city.

In order to tease the invitees a bit more and add a clear hint of what to expect at the event, Samsung changed the standard "save the date" tagline with the "note the date" one. The new Galaxy Note III phablet has been filling the rumor pages for quite some time but none of them had a clear details regarding the screen size or the actual chipset that will be behind it. Most rumors point to a 5.7-inch screen, 3GB of RAM and either a Qualcomm Snapdragon 800 chipset or Samsung's own Exynos 5420 Octa, or even both for that matter, depending on the region.

Samsung is going to livestream the even at its Youtube page but most of the hacks will already be coming to the IFA 2013 expo in Berlin so we are quite sure it will be quite a big event. 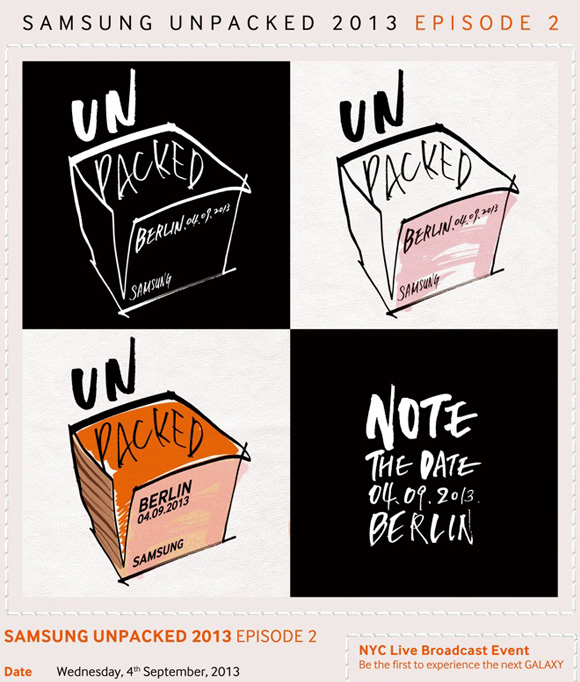 Last modified on 06 August 2013
Rate this item
(0 votes)
Tagged under
More in this category: « Malware from Russia with Love Acer's midrange Liquid Z3 smartphone shows up in Europe »
back to top